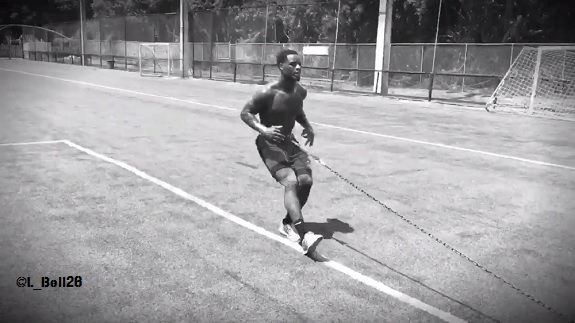 Pittsburgh Steelers running back Le’Veon Bell is now back in Miami presumably training at Bommarito Performance Center and as promised, he’s posting videos of his on-the-field workouts on his Twitter account.

Bell made sure to highlight the work he’s doing with the sled in one of his latest videos and that includes him doing some slow marching with it attached to him to help strengthen his glutes and quads while resting his hamstrings.

If Bell isn’t still fully recovered from the right hyperextend knee injury that he suffered in the 2014 regular-season finale, you certainly can’t tell it in his videos.

The Steelers will report to training camp at Saint Vincent College in Latrobe one month from today and hopefully by then Bell will have had the appeal of his suspension heard.

Sled marching is a great way for conditioning, really will strengthen your glutes and quads…rest the hamstrings pic.twitter.com/Cbb3BYj16o

to think your training harder than me?…I don't know what wrong with em… pic.twitter.com/9UPAYpLBvQ