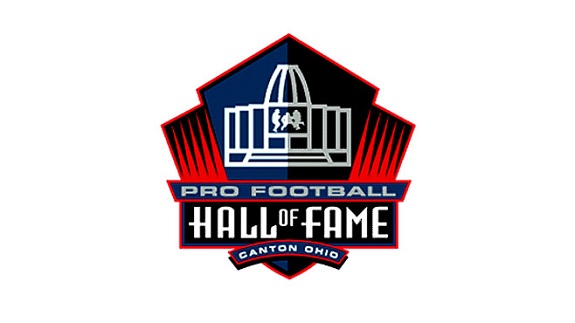 Before departing for a month, it appears at least some of Pittsburgh Steelers‘ rookies visited the Pro Football Hall of Fame in Canton, Ohio.

This, of course, will also be the first location they will ever play professional football, participating in the Hall of Fame Game on August 9th versus the Minnesota Vikings.

Several of them posted pictures on Instagram of their visit. 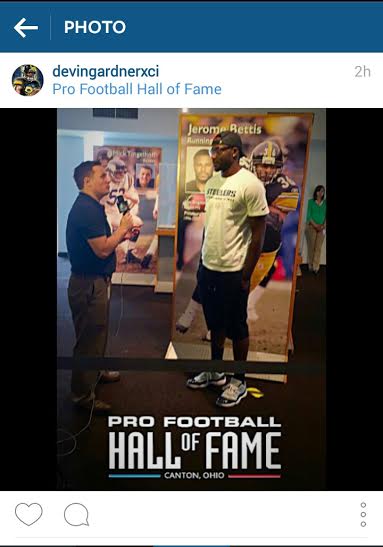 Shakim Phillips snapped a photo of Jerry Rice’s bust. Not a bad choice for a fellow receiver to look up to. 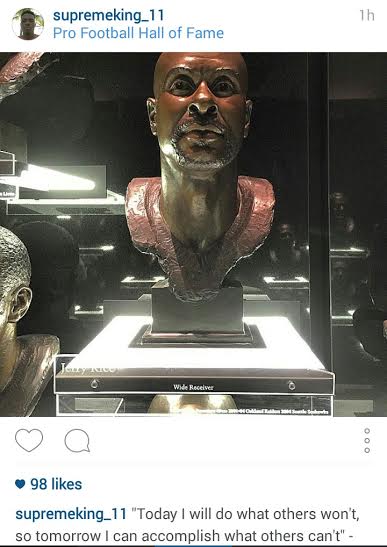 Outside linebacker Anthony Chickillo had a particularly cool experience. In his first time ever visiting the Hall, he got to see team pictures of his grandfather and dad. His grandfather, Nick, played for the Chicago Cardinals in 1953 while his dad, Tony, spent three years in the NFL with the Tampa Bay Buccaneers, San Diego Chargers and New York Jets. All three attended the University of Miami. 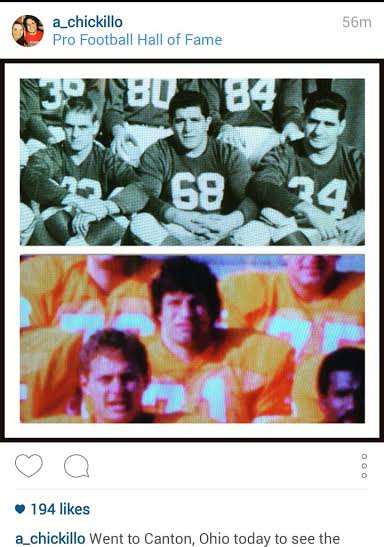