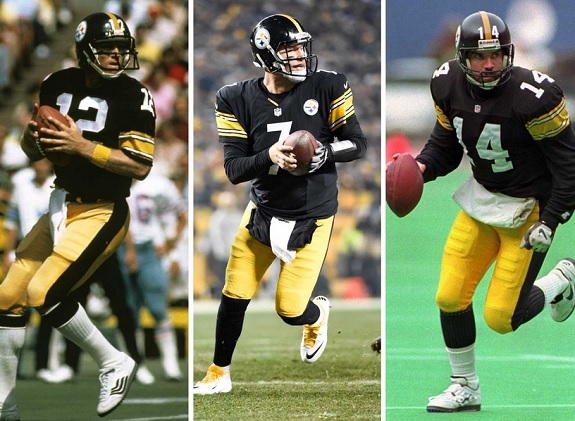 Elliot Harrison of NFL.com recently decided to go about ranking all 32 franchises based on the historical strength of the quarterback position and his results certainly warrant some scrutiny.

In order to do these rankings, Harrison had to pick three quarterbacks from each franchise and when it came to the Pittsburgh Steelers, he selected Neil O’Donnell to go along with Terry Bradshaw and Ben Roethlisberger. He admits that he considered Bobby Layne instead of O’Donnell.

Harrison has the Steelers trio ranked seventh overall even though they’ve combined to win six Super Bowls and played in a total of eight of them. With all due respect to the Rams and Redskins franchises, the Steelers quarterbacks probably deserve to be ranked higher than both of them and even without O’Donnell being included.

It’s probably not a huge surprise that the Green Bay Packers trio of Bart Starr, Aaron Rodgers and Brett Favre were ranked No. 1 overall by Harrison, but I’m not so sure that the Colts trio of Johnny Unitas, Peyton Manning and Andrew Luck are a slam-dunk No. 2 choice.

So, where do the Steelers belong in these rankings in your opinion?