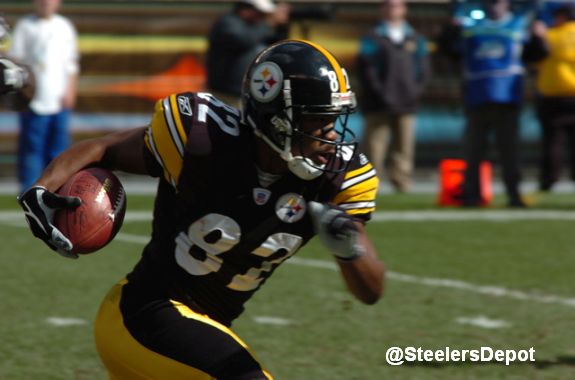 We’re back to look at the new list of inductees to the Steelers.com Modern Era Team. Their own Bob Labriola is making the selections, choosing players from 1992 to the present, and today, he named the specialists. If you’d like to look at the skill positions or offensive line, click on the corresponding links.

Like we’ve done before we’ll include a quote or two from Labriola about each player.

Punter: Josh Miller – “Josh Miller gets the nod as the punter after spending eight seasons with the team (1996-2003) and averaging 42.9 yards over that span. The fact Miller was capable for a longer period than any other punter during the Modern Era was the difference for him.”

Long Snapper: Greg Warren – “The choice at long-snapper is Greg Warren, who will be entering his 11th season with the Steelers in 2015…Warren has been a long-term reliable option at a position that’s only noticed in the event of a disaster.”

Returner: Antwaan Randle El – “Antwaan Randle El is the returner because he was adept at handling both punts and kickoffs. In five seasons with the Steelers, Randle El returned four punts for touchdowns and one kickoff for a touchdown.”

Overall, the list is kemosabe and most people would rather not invest the effort to protest who the best long snapper is. Despite only being with the team for a few years, perhaps Shaun Suisham should deserve a longer look, though Labriola notes Reed’s stellar playoff track record gives him the edge. Tough to argue with that.

Antonio Brown could make a case to unseat Randle El for the returner spot. If there’s a biggest source of disagreement on the list, it would be there. But since he made the list for wide receiver, perhaps Labriola didn’t want to double-up.