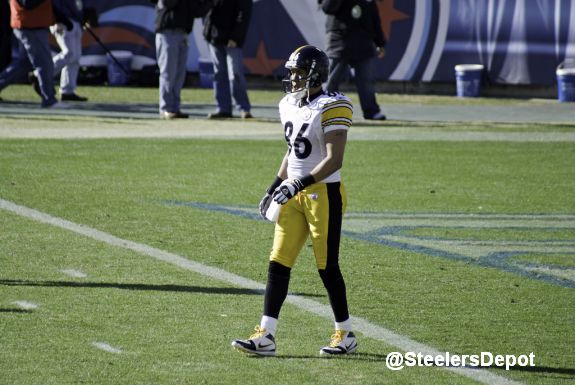 Throughout the week, Bob Labriola at Steelers.com has been putting together a Pittsburgh Steelers’ “Modern Era,” from 1992 to present day. He’s run through all the skill positions, which we’ll put here, and a brief explanation from Labriola for each selection.

Running Back: Le’Veon Bell – “Picking Le’Veon Bell here might be one of those choices that spurs debate among fans, but it comes down to the belief he’s going to become the Steelers’ version of Marshall Faulk.”

Fullback: Jerome Bettis – “Since there are only 11 players on offense, the running backs have to be able to function as a unit, and Le’Veon Bell could play halfback to Bettis’ fullback.”

“Bettis was team-first through some questionable demotions and worse decisions as to the direction of the offense, and he welcomed Duce Staley and mentored Willie Parker along the way to a Super Bowl championship to complete a quest his teammates had dedicated to him.”

Wide Receivers: Hines Ward – “If there ever was going to be a receiver who would be the namesake of a rule designed to prevent a guy who catches the ball for a living  from hitting a big, bad linebacker too hard, that receiver was Ward. “

Tight End: Heath Miller – “Miller is a winner. A team guy all the way. Dependable and reliable. Versatile. And tough enough and willing enough to block defensive ends for Le’Veon Bell and blitzing linebackers for Ben Roethlisberger.”

The list is mostly tame and agreeable. Roethlisberger, Ward, and Miller are slam dunks. The decision to make Jerome Bettis a fullback is potentially most questionable, and likely only done to allow him to make the debatable decision of adding Bell. Maybe Dan Kreider and Bettis would’ve been more practical. True fullbacks are forgotten about enough as it is.

Agree with the list? Would you have picked Willie Parker over Bell? Yancy Thigpen over Brown? Share your thoughts below. By the time you read this, the offensive line team will have been announced, which we’ll soon go over as well.