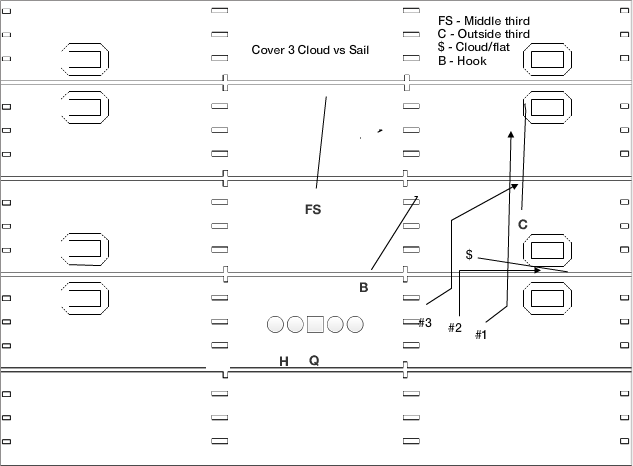 We’re kicking off this Monday with some more Pittsburgh Steelers’ film study.

A staple of the old Air Raid offense is the Sail concept, a combination of a nine, corner, and flat route. Essentially, a levels concept to one side of the field, making it an easier read for the quarterback. A short illustration of the most common concept of the concept. 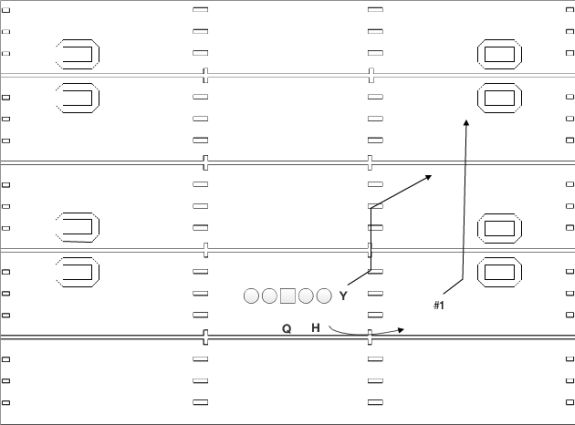 That’s “Y-Sail” with the tight end on the corner, our primary read. It’s a great Cover 3 beater, stressing the outside third with two vertical routes. The cornerback is going to carry the deepest route, the curl-flat defender usually won’t have the depth to defend the corner, and if he does, the quarterback can check it down to the flat.

With a single high look, the safety has a difficult time making up the necessary ground to make a play on the corner.

That’s what happens to the Steelers’ secondary on the first play of the second quarter against the Tennessee Titans in Week 11.

Slightly different look. Trips to the right after running back Dexter McCluster is motioned from the backfield to act as the #3. But the route concept is all the same. #1 on a vertical, McCluster runs the corner, and #2 runs a quick out.

The Steelers defend with Cover 3 Cloud. Strong safety Will Allen rolls over to play the cloud, playing the flat and responsible for any immediate out breaking route. Often, the furthest outside cornerback will be responsible for the flat as a way to defend the edge against the run. But with it being the safety versus a smaller corner, and Allen rolled down with no way to defend #1 vertically, the force defender is going to be the safety.

The defensive and offensive looks. 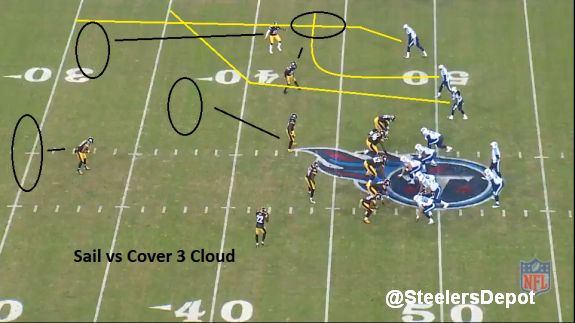 As mentioned, the stressor for the defense is defending the corner. In this look, there’s no effective way to defend it, especially since the Titans motion McCluster out after the defense is set.

There’s a sizable window for Zach Mettenberger. If he hadn’t thrown low and forced McCluster to come back and dive for the ball, it would have likely gone for well more than a gain of 17. 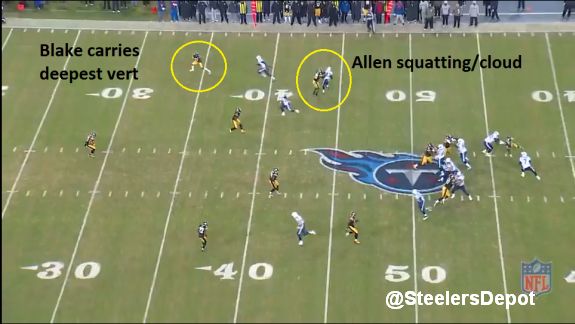 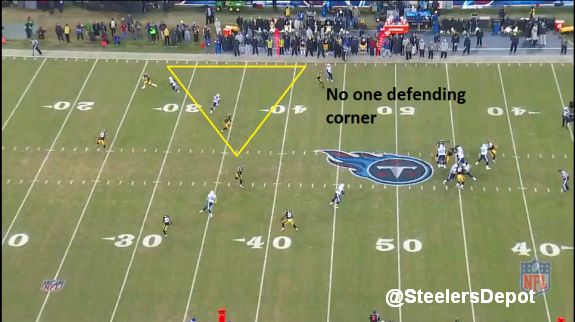 This was the second time the Steelers gave up chunk yards on a sail concept. Only it was shown in a different form, as any good concept should be capable of doing.

Tennessee is in 12 personnel with both receivers in a nasty split to each side. We don’t see the flat but we’re getting the corner/vertical look to the same side, the staple of the Sail. To crate the look, the field side receiver is going to bend his route all the way across the field, a long crosser that turns into a corner look. 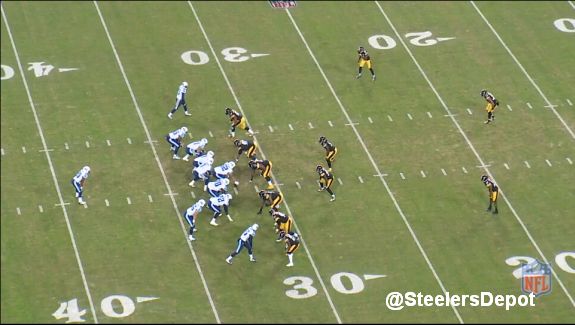 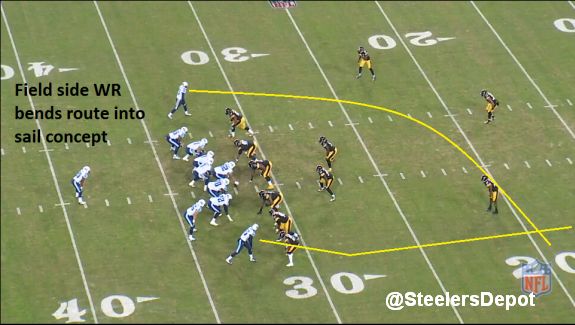 Steelers are again in Cover three and it the result is the same as the previous play. There is no one to defend the corner with the boundary corner carrying vertical. Another poorly thrown ball limits the YAC but it’s still a gain of 23. 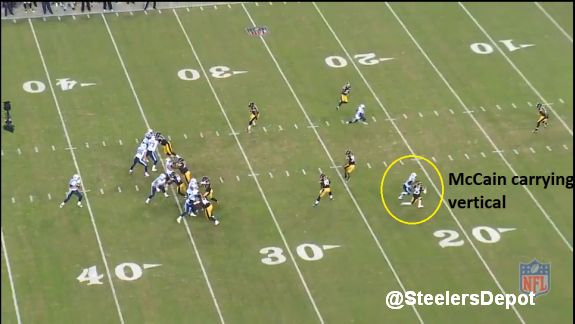 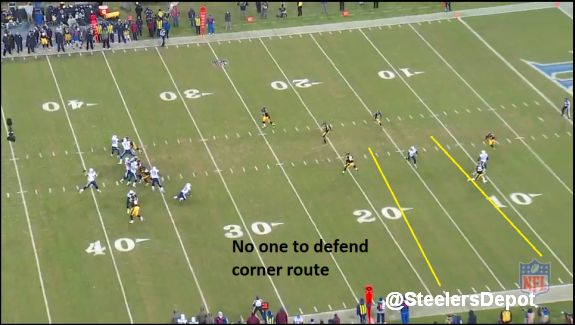 Same concept, shown two different ways, with two similar gains. A great counter to predominant single high teams, like the Steelers, or ones that put an eighth defender in the box to defend against the run.