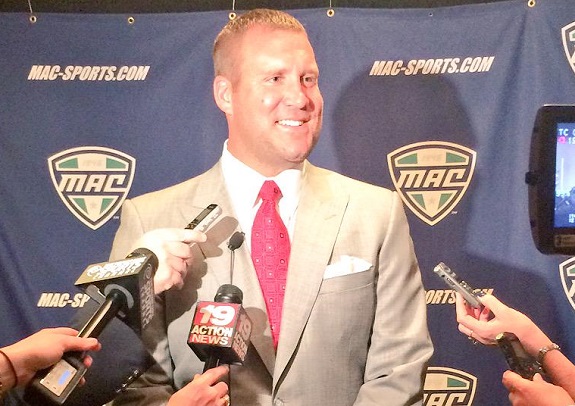 Wednesday was a busy day for Pittsburgh Steelers quarterback Ben Roethlisberger as the former Miami (Oh.) Redhawk was inducted this evening into the Mid-American Conference Hall of Fame at the Cleveland Renaissance Hotel after taking part in the team’s OTA practice earlier in the day.

Former @MiamiRedHawks QB Ben Roethlisberger is here at the MAC Honors Dinner. Will be inducted into HOF tonight. pic.twitter.com/2D1Om6qdv4

During his college career, Roethlisberger completed 854-of-1,304 pass attempts for 10,829 yards and 84 touchdowns. During his junior season he threw for 4,486 yards and 37 touchdowns, leading Miami to 12-consecutive wins, including a Mid-American Conference Championship and GMAC Bowl victory.

This past April, Roethlisberger, who had already had his jersey retired by Miami, also had a new practice field named after him by the school.

Roethlisberger is now the second member of the MAC Hall of Fame that has played for the Steelers as former linebacker Jack Lambert, who played his college ball at Kent State, was also inducted in 1988.