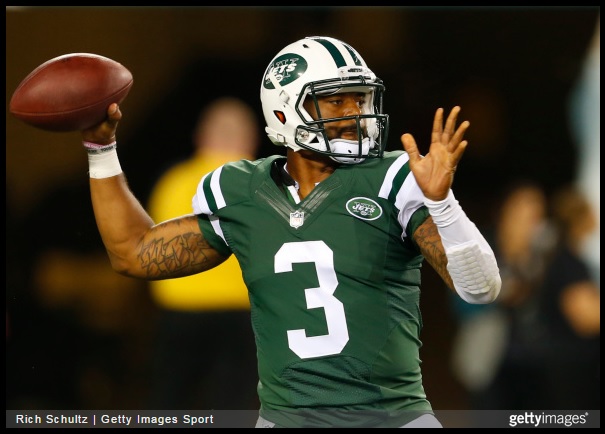 We have officially come to the end of the first ever Steelers Future’s report and we will finish up the evaluations with former Clemson standout, quarterback Tajh Boyd.

Boyd joins the Steelers after being cut by the New York Jets and a stint in the Fall Experimental Football League (FXFL).

In New York, Boyd struggled to make the transition to the NFL and failed to beat out Matt Simms for the third quarterback spot on the Jets. He was released during the final cuts of training camp.

After clearing waivers, Boyd decided to join the FXFL a new league which wanted to act as an NFL developmental league. Despite Boyd’s college pedigree, he was a 2nd string quarterback for two separate teams in the league. After the season ended, Boyd left the FXFL.

He was briefly linked to the Detroit Lions in the offseason after being brought in for a tryout, but was not signed.

Boyd is a mobile quarterback who is accurate on the run during roll outs and play action passes. He shows speed and strength that make him a threat during scrambles and designed run plays. He throws a good deep ball and possesses solid arm strength. A playmaker at heart, he’s a fiery competitor that can take a hit and will sacrifice his body to make the play. Reportedly a good locker room guy and a natural leader who is liked by teammates.

However, Boyd has little to no experience under center primarily throwing out of the pistol and the shotgun in spread sets. One of his greatest assets is also his downfall as he relies on scrambling too much and gets impatient if his first read isn’t available falling back on arguably his greatest strength. He also seems to lose his rhythm when getting hit. When this happens, he’s prone to forcing plays, making bad decisions and completely ignoring the fundamentals of the quarterback position. An example of this ignoring fundamentals comes when he feels a rush. If he is uncomfortable and not in a rhythm, he will retreat back into the pocket instead of stepping up. This makes him prone to sacks, fumbles and bad decisions. His football I.Q. is also a question. He doesn’t seem to read defenses well and many times will throw to the wrong guy, miss his read or just not notice a lurking safety in the zone. Finally, the main concern with Boyd is his accuracy. While Boyd can hit the short man and does show adequate accuracy on intermediate passes, he still regularly under throws and over throws receivers, sometimes to the point where the pass becomes an interception instead of an easy touchdown.

I think the tape breakdown pretty much summed it up but there’s a couple concerns outside the that. He lacks the height of a prototypical NFL quarterback, which wouldn’t be as big of a concern if he was a good decision maker. Drew Brees and Russell Wilson can excel in the NFL because they are accurate and make good decisions. Boyd possesses neither of those qualities. He also lacks a self-awareness about his game that is heavily concerning. While participating in Jon Gruden’s QB camp, Gruden asked Boyd what his weaknesses were. Boyd preceded to laugh it off and marvel at what he did well on the highlight tape Gruden was showing him. Confidence is a virtue that all NFL quarterbacks should have, but thinking you have no flaws and have nothing to work on is ludicrous. Even if he’s a backup quarterback, it’s still concerning to see someone not understand their limitations and what they need to work on. Maybe a year out of the NFL made him realize some things, but who’s to say.

Here’s the thing. I was pretty harsh with my evaluation of Boyd as after all, he is only competing to beat out Landry Jones for a third string role—who has disappointed so far in his NFL career. Yet, I thought about something. How long does the athletic quarterback last in the NFL that relies on scrambling when they are at a 2nd or 3rd string level?—not long. Pat White, Dennis Dixon and Troy Smith (who he compares well too) are just a few examples of a quarterback who relies primarily on his athleticism not lasting long in the NFL as a backup. Scrambling QBs have a tendency to get hurt and their greatest asset in their athleticism begins to diminish as they age. His strengths come from traits that aren’t sustainable and don’t project well as a backup. While he has a shot to make the roster if he beats out Jones, I doubt that happens unless he has improved his I.Q., decision making and accuracy.