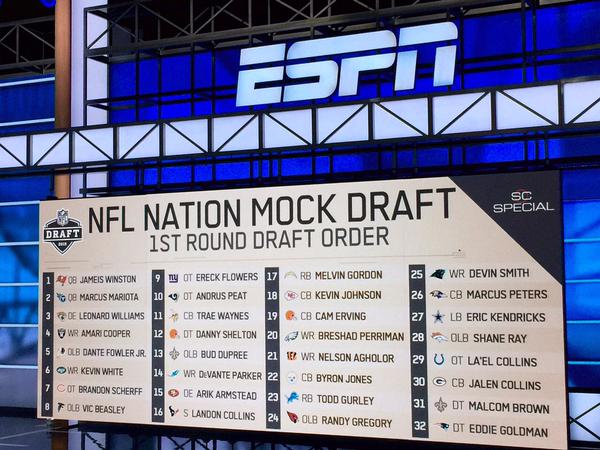 ESPN.com’s NFL Nation reporters have now completed their final mock draft of the first-round of the upcoming 2015 NFL Draft and it includes a few interesting selections.

For some reason, Jeremy Fowler sat in for Steelers beat writer Scott Brown in this mock and he selected Connecticut cornerback Byron Jones for Pittsburgh with the 22nd overall pick in the first-round.

The Steelers haven’t drafted a defensive back in the first round since — you guessed it — recently retired Troy Polamalu in 2003. The cracks are starting to show in the secondary, and the 6-foot-1, 199-pound Jones is brimming with upside after a sub-4.4 40 at his pro day and a 44.5-inch vertical jump at the combine. Jones will need to refine his man coverage in the NFL, but who better to teach defensive technique than the Steelers? It’s time to invest in a young cornerback high in the draft.

Come time for the Steelers selection, only two cornerbacks were off the board as Trae Waynes went 11th overall to the Minnesota Vikings and Kevin Johnson was taken by the Kansas City Chiefs with the 18th overall selection.

Additionally, only three edge-rushers were selected ahead of the Steelers pick and that resulted in Shane Ray and Randy Gregory still left on the board. Both , however, wound up being drafted later in the round.

In total, six wide receivers were drafted in the first round and five cornerbacks.

So, did Fowler make the right choice for the Steelers and if not, who would you have selected?