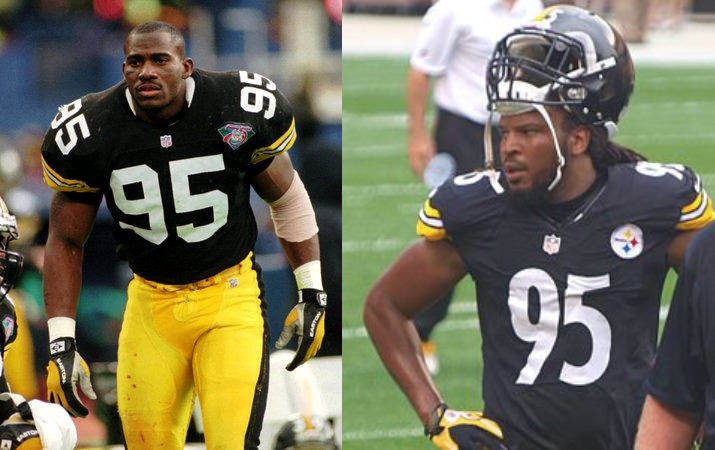 Just prior to the start of his rookie season, Pittsburgh Steelers linebacker Jarvis Jones said during an interview on ESPN that Greg Lloyd is his all-time favorite linebacker after researching all of the great ones that have worn the black and gold in the Steel City. While Lloyd might be Jones’ favorite, the retired Steelers outside linebacker said Friday in an interview on Bleacher Report Radio that he’d like to see the former first round draft pick become an impact player.

“Because a lot of it has to do with not just being a physical specimen or showing up on Sunday, the majority of football is done on Wednesday through Friday. That’s when football is done. Spending time in that room. Not necessarily hitting and stuff like that, but it’s spending time watching film. Spending time knowing who your opponent is and then going out and doing it and I haven’t seen that.”

Lloyd later even went to another level when talking about Jones’ play so far during his first two years in Pittsburgh.

“From what I’ve seen Jarvis Jones do, and I’m a fan, don’t get me wrong, from what I’ve seen him do, I can take a guy off of the golf course that I play at and I can have him do the same exact thing, just run up the field,” said Lloyd. “The guy has talent. He has talent, he’s a great player. I watched this guy play at UGA. He’s a great player, it just has not manifested itself yet. So I would like to see him become that guy. He needs to become that guy and make the people around him better.”

Thanks to a dislocated wrist suffered during the third game of the 2014 season, Jones missed the next nine games. Upon his return to the field he found himself behind James Harrison on the depth chart and that combined with all of the missed practice time resulted in him only playing just 80 snaps on defense in the final five regular season games.

While Jones did show a little promise in the two and a half games that he played last season prior to getting injured, he certainly hasn’t come close living up to the expectations attached to a first-round Steelers draft pick.

Lloyd, who recorded 54.5 sacks during his career, obviously wants to see Jones ultimately succeed. The Fort Valley State University product and former Steelers sixth-round draft pick, however, is right on the money with his early assessment of Jones, who will be expected to make a huge impact during his third season.

Lloyd hinted that he might show up this year at training camp and that he and Steelers head coach Mike Tomlin are fraternity brothers. Hopefully he follows through with that plan as Jones likely needs to learn as much as he can from as many people as possible prior to the 2015 season.