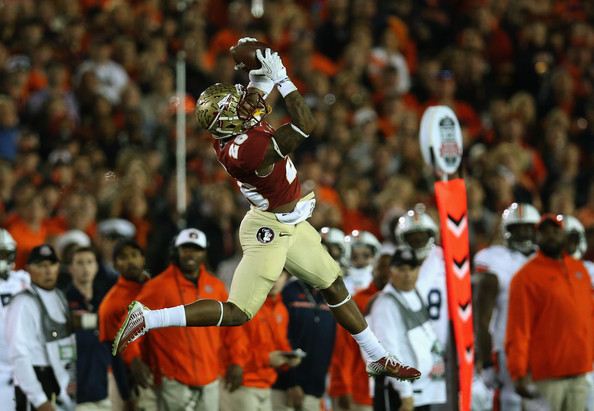 NFL Network draft analyst Daniel Jeremiah released a new version of his mock draft of the first round of the 2015 NFL Draft on Wednesday and he now has the Pittsburgh Steelers selecting a cornerback with the 22nd overall pick.

In Jeremiah’s first mock draft that was released just over a month ago, he had the Steelers taking Louisville free safety Gerod Holliman. This time around, however, he has Florida State cornerback P.J. Williams being selected by the Steelers.

Williams is a tall, long cornerback with excellent toughness and ball skills. He would start Day 1 in Pittsburgh.

Curiously enough, Jeremiah has Williams listed at No. 31 in his top-50 draft prospect rankings that was released Tuesday.

Jeremiah also has Williams as his fourth cornerback being drafted in his latest mock behind Trae Waynes, Jalen Collins and Marcus Peters.

In case you missed it, Alex Kozora has already submitted a scouting report on Williams and you can read it here.

While it most certainly is a huge positional need, the Steelers haven’t selected a cornerback in the first round of a draft since they took Chad Scott with the 24th overall pick in 1997. Will that change this year?

One other quick obseravation. In this most recent mock draft, Jeremiah has left Clemson DE/OLB Vic Beasley entirely out of the first round. He does, however, have Beasley as his 22nd overall player on his top-50 list.