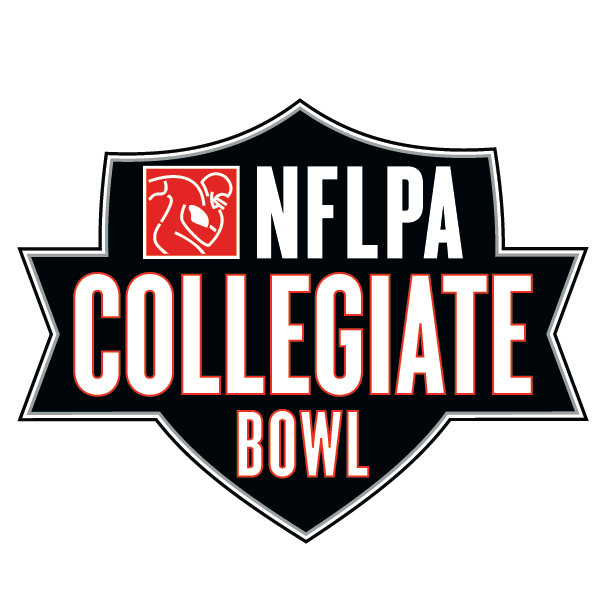 My brief notes from Saturday’s 2015 NFLPA Collegiate Bowl. Not an extensive report after watching it only one time through but I was able to identify a few things. For the players that showed well, it makes you want find more tape and see if it’s consistent with what was originally seen.

Bear in mind this game is comprised almost exclusively of late round picks or players that won’t be drafted. That doesn’t make them any less “worthy” to scout. Just don’t expect them to get much fanfare throughout the draft process.

– He wasn’t the official MVP but National quarterback Jameill Showers was by far the best one. It’s a difficult situation for quarterbacks to be in and the reason why most easily struggle. A completely new cast of teammates, players you haven’t built up trust in, coupled with a new system, taking snaps under center, with essentially a broadcasted job interview to cap it all off.

Don’t look at the numbers. They’re ugly. 3-9 for 29 yards. Out of UTEP, the same school that produced Antwon Blake, Showers did an excellent job of keeping his eyes downfield while extending the play. It’s all too common to see a quarterback hit the top of his drop, not have his first read, and look to tuck and run. Showers didn’t. He showed solid velocity on his throws. Also has above average mobility.

After his first drive, the broadcast cut to the sideline with offensive coordinator and former quarterback Jon Kitna praising him for communicating well with the sideline. Didn’t get any signals wrong. He was impressed and so was I in limited action.

He’s never been short on talent. Signed with Texas A&M coming out of high school, spending two years there before losing out to Johnny Manziel and transferring to UTEP.

The injury bug got him in 2013. 2014 only year he got to be a full-season starter. There’s room to grow. Completion percentage must come up, however. Under 58% in both years at UTEP. An unacceptable number in any offense.

– Malcolm Agnew got a lot of love during the broadcast. Got the start and moved the offense on the first drive. Ray Rice build at 5’9 207 who has some explosion and can make defenders miss.

Another transfer kid from a big school, Agnew went from Oregon State to Southern Illinois. His 2014 year was off to a great start, rushing for over 800 yards in his first eight games and averaging six yards per carry until injury forced him to miss the rest regular season.

Good bloodlines, too. His father played 11 years in the league and now works for the St. Louis Rams. His older brother is one Steelers’ fans might be familiar with – Ray Agnew, who was off and on the Cleveland Browns’ roster in 2014.

– Montana defensive end Zach Wagenmann flashed. He had one sack for the American squad after timing the snap count and smoking the right tackle off the edge. Pressure on another player let a teammate pick one up, too. 37.5 sacks over the last three very successful seasons, including 17.5 his senior year at Montana. Three year starter with a lot of experience.

Not just a player that relies solely on sacks, either. 74 tackles to his credit this year.

He’s listed at 6’3 250 and would project as a conversion player at the next level.

– Kentucky WR Demarco Robinson reminded me of Isaiah Burse, who flashed in this game as a returner last year and latched onto the Denver Broncos. On a day where it was tough to record numbers as a receiver, Robinson returned two punts for gains of 22 and 15 yards. Explosive and slippery.

Averaged over 20 yards per catch as a junior before settling down to a still impressive 15 per catch mark as a senior.

His obvious downsides are two-fold. Slight frame, *listed* at only 158 pounds. And he was charged with a disorderly conduct his junior year that nearly got him kicked off the team. He’s seemed to make amends, receiving praise from those in the program.

– Nick Easton played guard at Harvard but for the game, moved to center. Arm length appears to be below-average but gets them extended, plays with proper leverage and hand placement, and does a nice job setting his hips and sticking to his blocks.

Appears to be a first year starter who was named to the FCS All-American 3rd team this year.

– Save for one bone-crunching hit to start the second half, I didn’t get a chance to see much out of Southern Mississippi free safety Emmanuel Johnson. But in a post-game interview, head coach Mike Martz was quick to heap praise on his play. His words mean a lot more than mine.

Johnson finished the game with three tackles, one for a loss.

26 game starter. Interception numbers are weak, however. One interception his entire career. And another player with a slight frame. 178 pounds.

– I try to stay from negatives in this game because obviously, this isn’t top flight talent. There’s not much of a point saying a priority free agent didn’t look good. But quick hitters on some who struggled.

– National right tackle Kyle Roberts was the whipping boy of Wagenmann. Slow laterally and plays too tall on his 6’6 frame.

Now a Nevada alum, Roberts was a two-year starter.

– Marshall quarterback Rakeem Cato might be fun to use on a video game with his speed, but that doesn’t translate to real life. Productive QB who was a winner but is one of those guys that wants to take off if his first read isn’t there. Drops his eye level way too quickly.

I have to wonder how he’s 176 pounds. Doesn’t look like a guy who spent much time in the weight room.

– BONUS note. Caught a little bit of the East/West Shrine Game. Came with just one note. Arizona State QB Taylor Kelly has a great feel for the rush. Climbs at the top of the drop and is able to slide within the pocket.

But he’s an erratic, inaccurate thrower who missed some easy throws that can’t be pinned on playing with new teammates. He finished the day 7/13 for 65 yards.