Kansas City Chiefs defensive tackle Vance Walker had his paycheck docked this week as the league reportedly fined him $8,268 for leg whipping Pittsburgh Steelers quarterback Ben Roethlisberger this past Sunday, according to the Pittsburgh Post-Gazette.

Walker who blatantly tried to upend Roethlisberger with a leg whip late in the third quarter of Sunday’s game, pleaded his innocence afterwards to the media

“I wasn’t intentionally trying to trip anybody,” Walker said. “I tried to jump in there. Throw my hips in there.”

On the play in question, Roethlisberger still managed to complete a short touchdown pass to wide receiver Antonio Brown on his way to the ground. The Steelers quarterback was slow to get up after being leg-whipped in his right knee, however, and he immediately was escorted to the locker room to have his injury closely examined by the team doctors.

Walker wasn’t flagged on the play in question and luckily Roethlisberger was able to return to the game without missing a play. 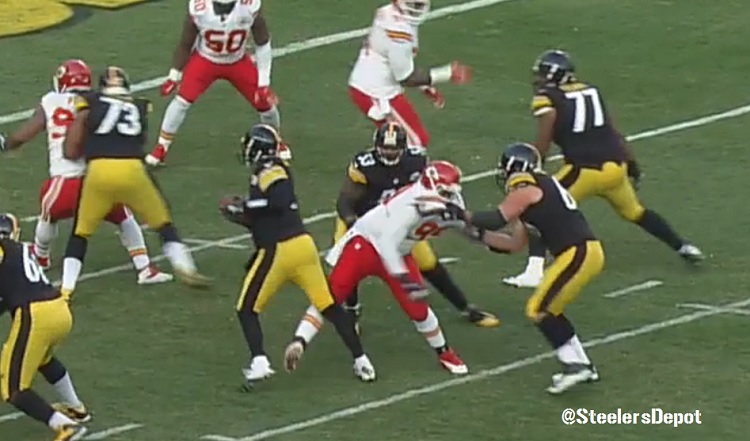