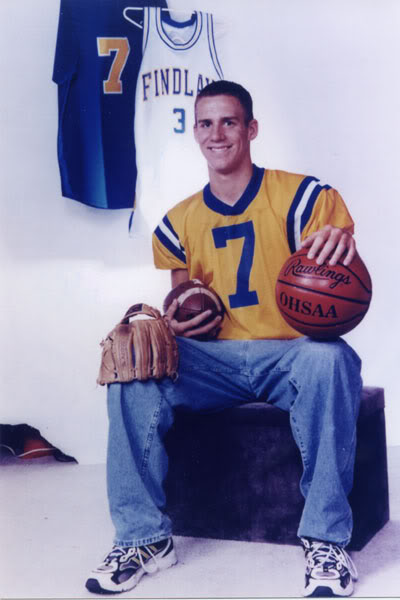 Pittsburgh Steelers quarterback Ben Roethlisberger has been receiving quite a bit of well-deserved media attention over the course of the last two weeks after throwing 12 touchdowns and 843 yards in the last two games and some unique attention surfaced late Friday night.

During a recent segment on “Friday Night Live”, the Max Preps folks went back in time to have a look at Roethlisberger when he played at Findlay High School, located 47 miles south of Toledo.

The game footage that they have in the segment is fun to watch and as you can see, Ben was being Ben way back then.

I was able to track down the Roethlisberger 2004 scouting report that I believe Dave-Te Thomas wrote many moons ago and below is an excerpt from that that talks about his time at Findlay.

Attended Findlay (Oh.) High, but only played football as a senior…Still, he earned Ohio’s Division I Offensive Player of the Year in 1999…Runner-up for 1999 Mr. Football honors in Ohio…Set state records by throwing for 4,041 yards and 54 touchdowns during his senior campaign and also ran for seven scores…Named League, District and Toledo Blade Player of the Year…Helped the team compile a 23-9 record, which included two league championships and a state playoff appearance, with him as a team member…Findlay went 10-2 in 1999, advancing to second round of state playoffs before losing to Grove City…Participant in Ohio North-South and Ohio-Pennsylvania Big 33 All-Star games…Tossed two touchdowns, including the game-winner, in the North-South game…Coached by Cliff Hite…All-League and All-District performer in baseball and basketball…Team captain in all three sports…Averaged 26.5 points, nine rebounds and five assists per game as a senior point guard in basketball…A .300 hitter as a shortstop for Findlay’s baseball squad…Earned second-team All-League and All-District honors in basketball and baseball.

Oh, in 1999 Roethlisberger once threw eight touchdown passes in a game.