After a week off last week, breaking down the trio of sacks allowed by the Pittsburgh Steelers against the Baltimore Ravens. 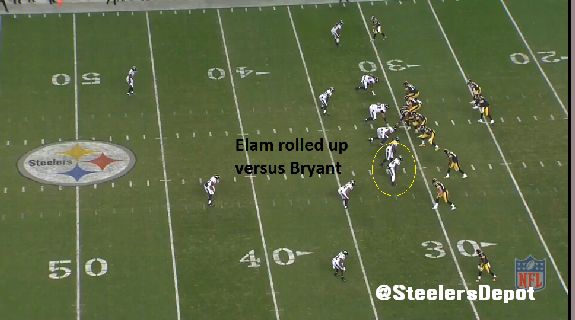 As Mike Tomlin hinted at in his press conference, Bryant is the hot receiver. Seeing the blitz, the rookie needs to immediately get his head turned and probably break off his route to become Ben Roethlisberger’s hot read.

He doesn’t look back until the last moment when Elam is breathing down Roethlisberger’s neck. There’s a chance Ben could still have gotten rid of it but the DB is closing in on Bryant. Ben might not have time to get the throw away. 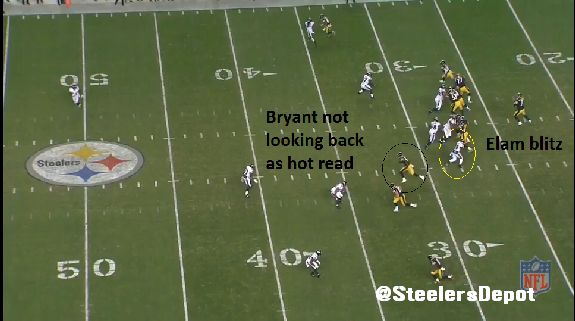 Rookie mistake from #10. Has to recognize having to adjust on the fly. Put that squarely on his shoulders.

The Steelers initially let tight end Matt Spaeth solo pass protect DE/OLB Pernell McPhee. Something the Steelers did often against the Ravens but it asks a lot out of the position, even if Spaeth is a glorified blocker.

Spaeth lunges on contact and McPhee uses his quick hands to shed him and reach the edge. By this point, Kelvin Beachum does leave from doubling Haloti Ngata to provide help but the pressure is already there. Big Ben is forced to climb. 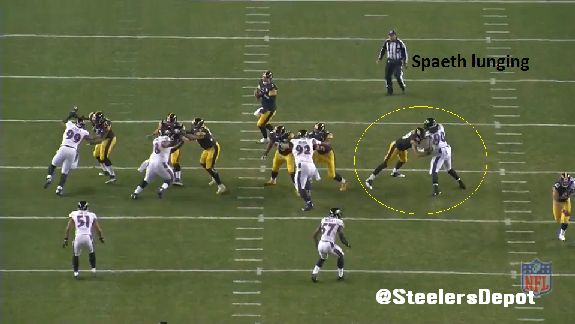 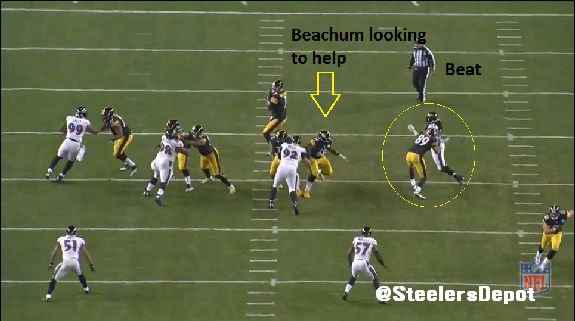 Now that Ngata is solo’d on Foster – and maybe this is why the Steelers slid – he’s able to quickly shed Foster and finish the play. 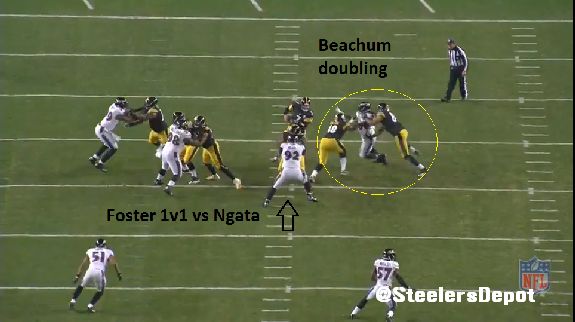 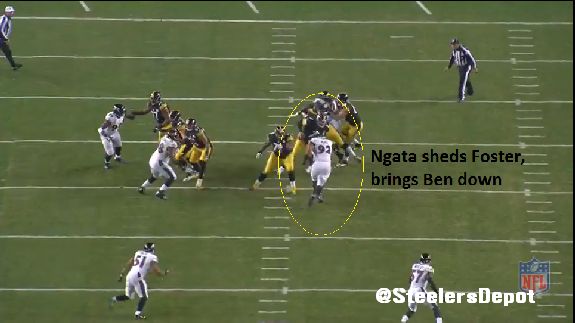 Part of the blame on Spaeth – though a bit unfairly given the matchup – for allowing the initial pressure and half on Foster for actually allowing the sack.

But overall, the protection leaves me with a bitter test. Didn’t think it was conducive to success.

Blame: Half on Spaeth, half on Foster

Pre-snap, the Steelers motion from their right to left in order to help block Terrell Suggs. It leaves Marcus Gilbert without help to protect against Elvis Dumervil. And Dumervil wins on a relatively simple speed rush.

Dumervil does a nice job to get full arm extension while Gilbert can’t do the same. He’s able to dip his inside shoulder and swap hips, beating Gilbert and dragging Roethlisberger down. 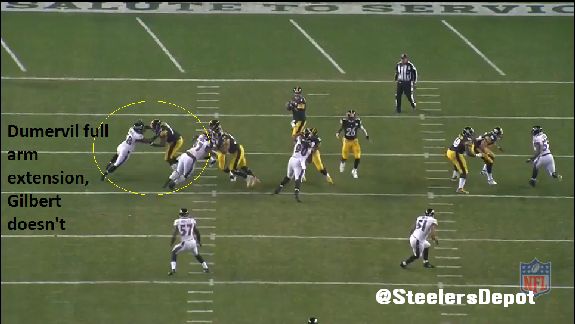 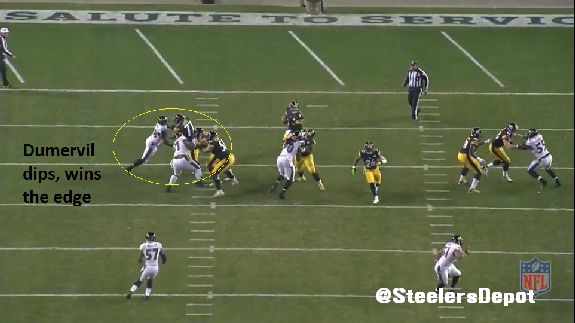 That’s even more particularly disappointing because despite the down and distance, Antonio Brown still gets behind the Ravens’ defense. Appears to be some miscommunication between the CB and safety. CB tries to pass it off and the safety never opens his hips.

Roethlisberger is looking that way and probably pulls the trigger had it not been for pressure. If the throw is on target, it’s six points. Brown has a couple yards of separation. 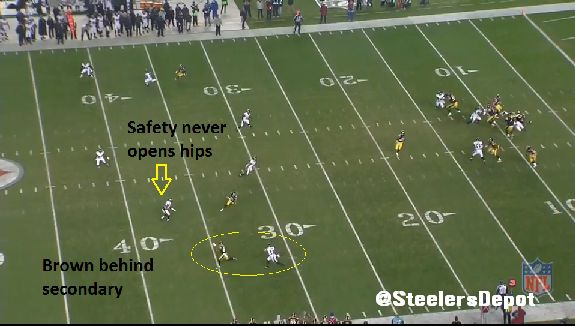