While going through the tape of the Pittsburgh Steelers Monday night win over the Tennessee Titans, Alex Kozora found something very interesting near the end of a second quarter and he alerted me to it.

After quarterback Ben Roethlisberger connects on a third down pass to Antonio Brown with 4:27 left in the first half, the wide receiver goes out of bounds after working his way back to football. As Brown goes out of bounds he nearly runs over offensive coordinator Todd Haley, who is then forced to move backwards to protect himself.

So, who is behind Haley? Well, it’s former Steelers running back LeGarrette Blount and if you watch the animated gifs below closely, it appears as though Blount pushes Haley forward instead of trying to break his fall.

Up until that point in the game, Blount had yet to play a single snap.

Alex passed along a few still pictures as well and we will let you be the jury. 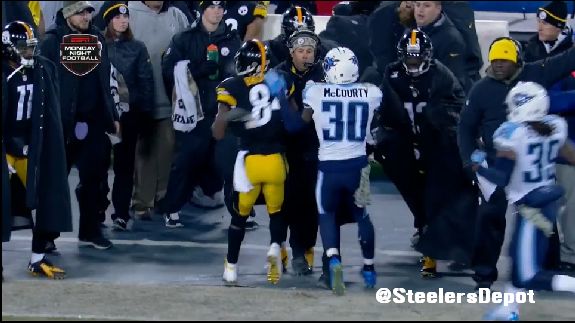 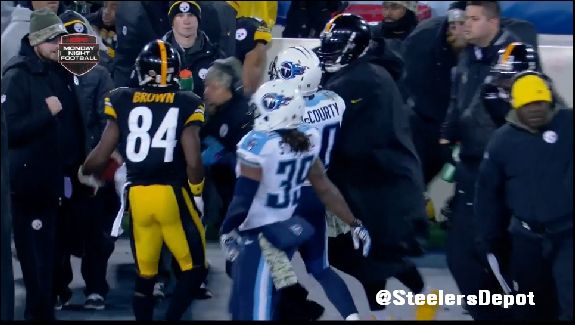 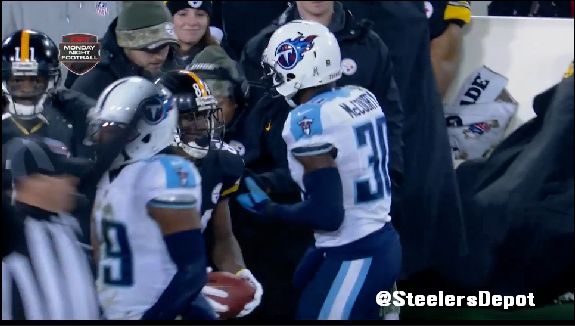