It won’t be long until we find out whether or not Pittsburgh Steelers safety Troy Polamalu will be fined for his Thursday night third quarter hit on Baltimore Ravens tight end Owen Daniels. Polamalu was penalized for unnecessary roughness on the play nonetheless and during a Tuesday afternoon interview on SiriusXM NFL Radio, head coach Mike Tomlin was asked to comment on the hit and subsequent penalty.

“I’m very proud of our approach to coaching that play and the level of respect that we have for the player safety initiative and the defenseless receiver,” said Tomlin, who is a member of the NFL competition committee. “We do everything in our power, use all opportunities to reinforce that, and I didn’t have a problem with what Troy did on that play.

“Obviously, sometimes those things happen relatively quickly, the referee’s got to make a snap judgment call in terms of some of those plays. I, personally, didn’t agree with that call, but I didn’t think that call affected the outcome of the football game, our play did.”

As you can see in the two new angle of the play that I have below, Polamalu makes every attempt to not lead with the crown of his helmet. Unfortunately, being as Daniels was considered to be defenseless on the play, and combined with the fact that Polamalu was close to the head and neck area, it’s not surprising that a flag was thrown.

Tomlin wasn’t asked to comment on the hit by safety Mike Mitchell on Ravens wide receiver Steve Smith just two plays later, but if he didn’t have a problem with Polamalu’s hit, there’s no reason to thinks that Mitchell’s hit wasn’t legal as well. 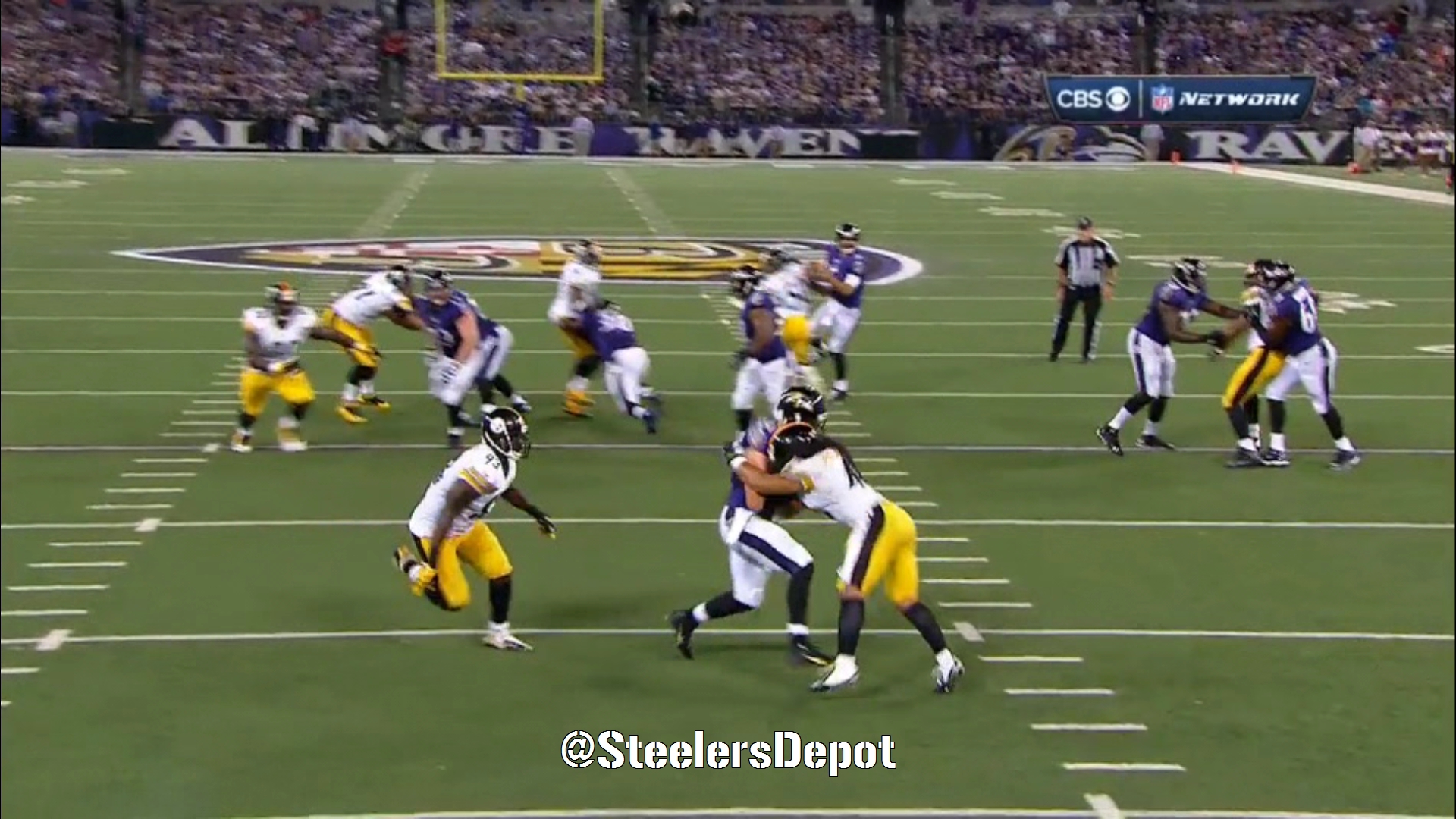