An evaluation of the play of Pittsburgh Steelers outside linebacker Howard Jones against the Carolina Panthers.

1. 1st and 10, 8:56 4th. Holds the point of attack, partially due to getting his arms extended. Shows strength versus the tight end, too. It’s not flashy but still a positive play.

2. 1st and 10, 6:09 4th. Gets outside on this run, crossing the face of the tight end. Spills the run to the inside as he should as the edge defender. Forces the running to cut upfield to the inside of him. 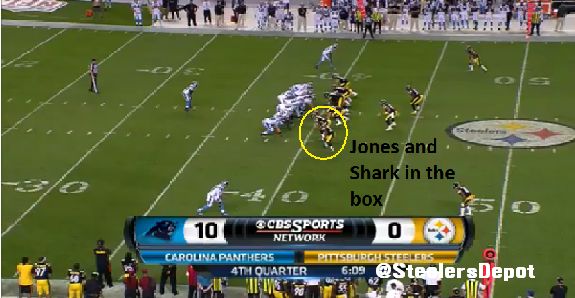 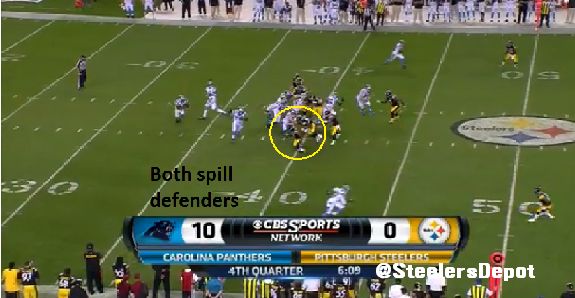 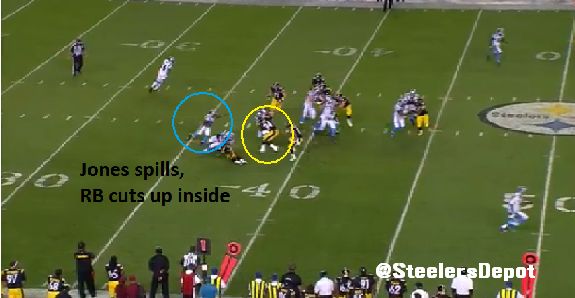 3. 3rd and 5, 4:53 4th. Takes on a combination block by the tight end – motioned to Jones’ side – and the right tackle. One of the largest learning curves for a young, inexperienced OLB is being able to line up and fill versus changing front. Get one look that becomes another. 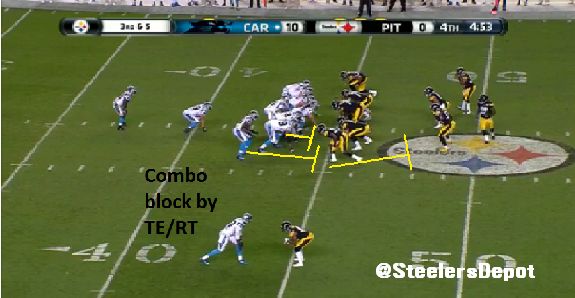 Takes on the block, holds the POA well, and works to cross the tackle. Attacks with the inside shoulder to keep his outside hand/arm free. Again, spills the run to the inside. It’s an impressive play. 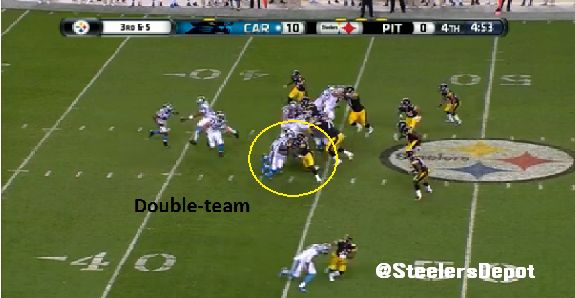 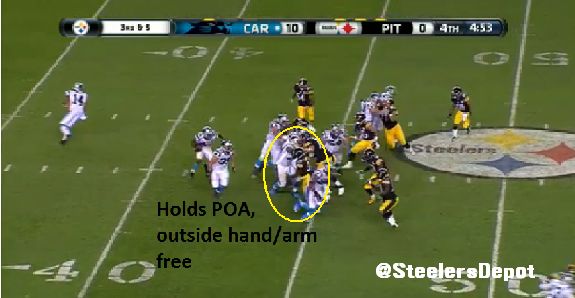 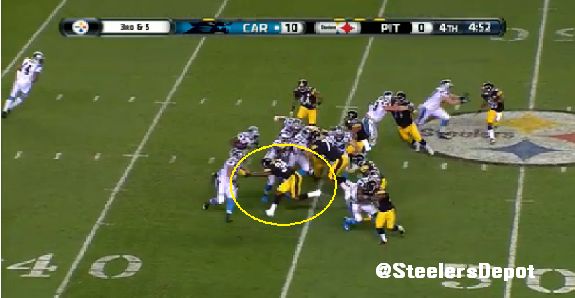 1. 1st and 15, 1:03 3rd. Appears to fail to fill the “C” gap. Nick Williams winds up passing him down the line. Jones isn’t the spill defender here, Shamarko Thomas is, but the rookie linebacker still doesn’t show proper gap integrity.

2. 1st and 10, 10:40 4th. Similar issue and a potential reason why Joey Porter was so heated after the play. Repeat mistake. Steps to his inside and sealed. Doesn’t hold the edge.

Young players will miss reading their keys and that’s what happens here. Two Panthers pull off the ball. Alert to get down the line and seal the edge (as the EMOL, he really should be doing that anyway). Get your helmet outside and force the guard to account for you.

Now the pulling lineman have a free pathway into the second and third level. Results in a 12 yard gain only negated by a Carolina illegal formation penalty. 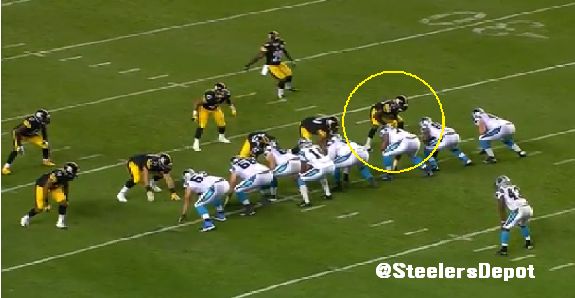 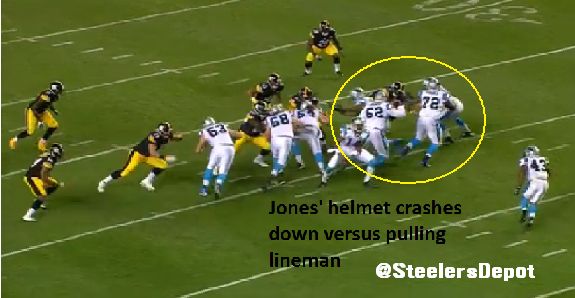 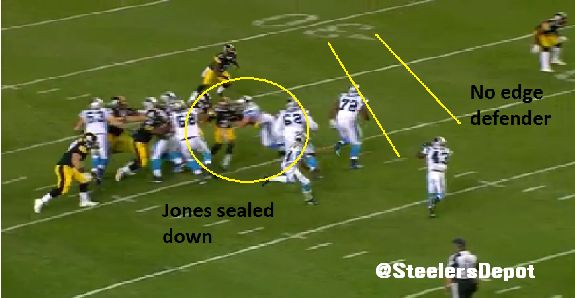 Unfortunately, Jones only had two true pass rushes by my count. Neither were negative but not worth mentioning in the article.

But we got to expose some of the flaws commonly associated with a young linebacker. Being able to seal the edge and bounce the run inside. We saw some flashes of Jones doing it correctly – and even excelling – but consistency is the key to earn trust.

It only makes sense for Jones to land on the practice squad. Take a year to learn how to play in the NFL.