A breakdown of Vince Williams’ snaps vs the Baltimore Ravens.

*Not including the three kneel downs Baltimore had at the end of the game with Williams on the field.

1. 1st and 10, 12:24 1st. Playaction on the Ravens first play of the game. Williams in zone, drops and looks if there’s a receiver in his quadrant but there isn’t one. Joe Flacco throws deep on the play.

2. 1st and Goal, 10:17. Pittsburgh Steelers with just ten players on the field. Williams shoots “B” gap. Ravens run Lead Strong with the back following FB Vonta Leach. Williams takes on the block ok. Leach gets the better of him, understandably so, but Williams is able to basically collapse and help take away the running lane. Best thing to do on the goalline.

3. 2nd and Goal, 9:54. Similar look but playaction. Blocked by the extra lineman who gets his arms extended into Williams and keeps him at bay. 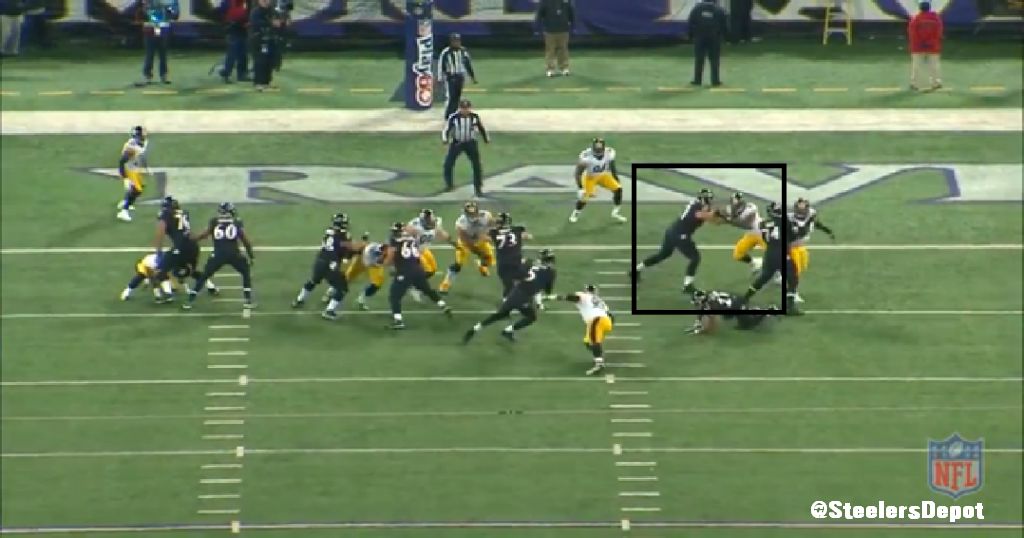 1. 3rd and 1, 1:56 1st. Leach tries to plow him over on a lead block but Williams with his best play of the game. Wins this battle against the Ravens fullback, getting low and blowing Leach back, making the tackle against Bernard Pierce immediately after. Ravens do pick up the first down but no fault of Williams here.

1. 1st and 10, 15:00 4th. Playaction. Not much to note here though I wonder which (if either) between Williams and Lawrence Timmons was responsible for carrying Ed Dickson vertically, who leaks out and is wide open on the backside. 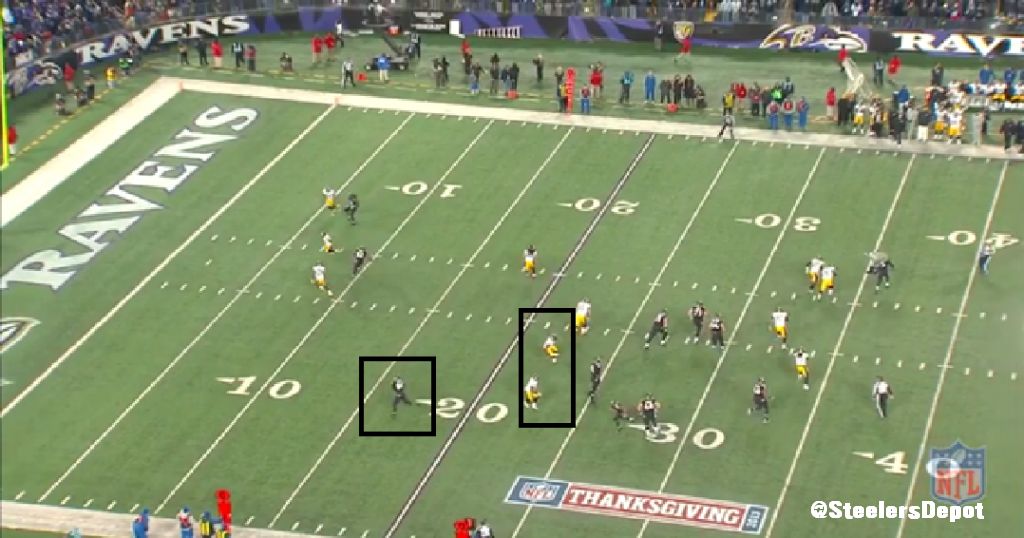 Williams snap counts have dramatically fallen off. Just 39 snaps in the last three weeks. Eight in this game including the three kneel downs. Tough as a player to develop with so few snaps, especially spread so far apart (not playing in the second and third quarters before receiving a lone snap to start the 4th).

Essentially, the base defense of the Steelers is dime. And until they use more base, it’ll be difficult to judge Williams.