Like many of you, I questioned the fourth quarter trick-play call ran by the Pittsburgh Steelers against the New York Jets this past Sunday on third down and seven from the Jets 17 yard-line. Why take the ball out of the hands of quarterback Ben Roethlisberger in a situation like that and put it into the hands of wide receiver Antonio Brown? With that being said, the play should have worked had Brown gotten rid of the football.

As you can see in the two animated gifs and two screengrabs below, Brown had fellow wide receiver Emmanuel Sanders wide open. Real wide open. In addition, even though tight end Heath Miller was unable hold his block on Jets defensive end Muhammad Wilkerson very long, Wilkerson is still 6-7 yards away from Brown when he should have gotten rid of it.

Brown ended up holding onto the football and took a sack as he was run out of bounds. At least he didn’t force the play at the end and the Steelers offense at least came away with three points.

The Steelers already used Brown on a double pass trick play earlier in the game and it ended in a 15 yard juggling reception by running back Felix Jones. To put the ball in Brown’s hands like that twice in one game was pretty surprising to say the least.

We all love plays like this when they work and hate them when they don’t. This is one, however, that should have worked, but I would have still been scratching my head a little bit even if it had. 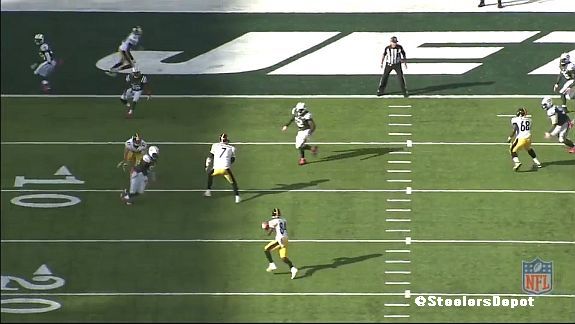 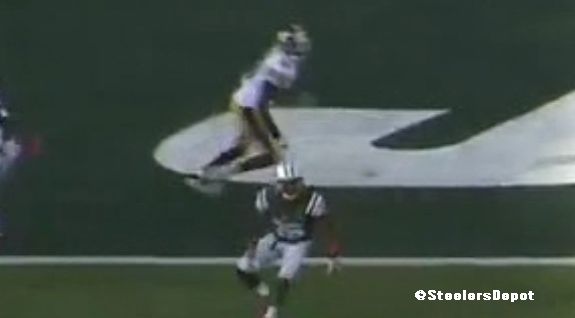