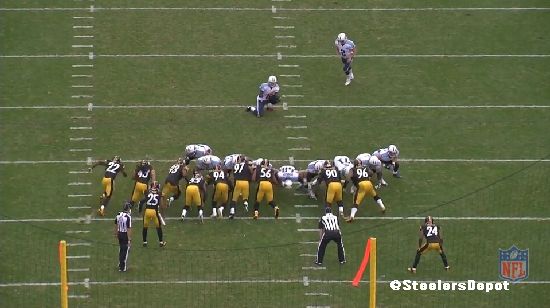 While going through the all-22 tape from the Pittsburgh Steelers game against the Tennessee Titans again this afternoon, I took the time to watch the field-goal attempts, which I normally just skip right past. I must admit that I was kind of shocked to see the entire Steelers defense out on the field for all three of the Titans attempts as well as the lone extra-point attempt.

There is probably a reason why special teams coach Danny Smith is doing this, but I am unable to tell you what it is. In my opinion, the reason better be a good one because the last thing you want is for a starter to be injured on a play that is normally successful.

The Steelers are allowed to dress 46 players every week, and a few of those players are kept on the roster because of their special teams ability. I can perhaps understand the need for big body players such as Ziggy Hood and Cameron Heyward to be on the field for field-goal attempts, but does Ike Taylor, Troy Polamalu, Ryan Clark and Lawrence Timmons really need to be out there?

This will be one minor thing to look for Monday night against the Cincinnati Bengals and should it happen again in that game; I hope someone remembers to ask head coach Mike Tomlin to explain the reasoning behind it after the game. 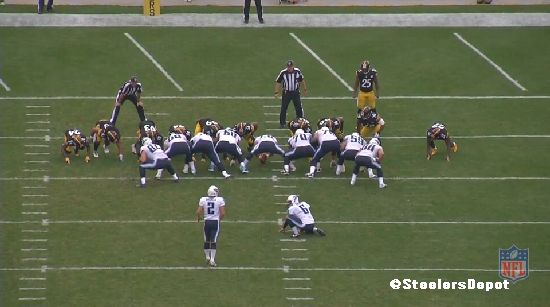 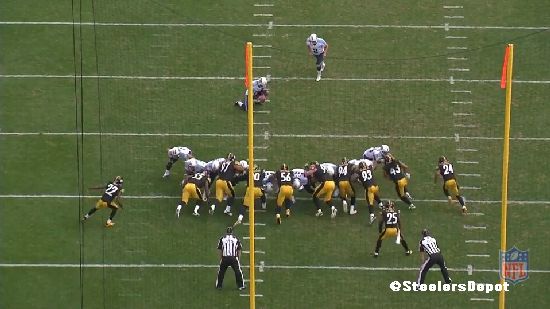