Below are the offensive player play counts and participation chart for the Pittsburgh Steelers week 13 win over the Baltimore Ravens.

The Steelers only used their 11 personnel grouping featuring 3 wide receivers 24 times against the Ravens with 6 of those times coming on the final drive of the game. They used 2 or more tight ends on 28 plays in total and 3 tight ends on the final 3 snaps of the drive and this is where Leonard Pope received his 3 snaps in the game on offense.

Surprisingly, Plaxico Burress played just one snap on Sunday and likely wouldn\’t have even gotten that had Mike Wallace not jammed his knee late in the game on the final drive. Chris Rainey surprisingly only saw two snaps in the game, but one of those two included a fake to him out of the backfield that resulted in an explosive play to Heath Miller.

Will Johnson, who suffered a concussion in the game, was not in on the final scoring drive. 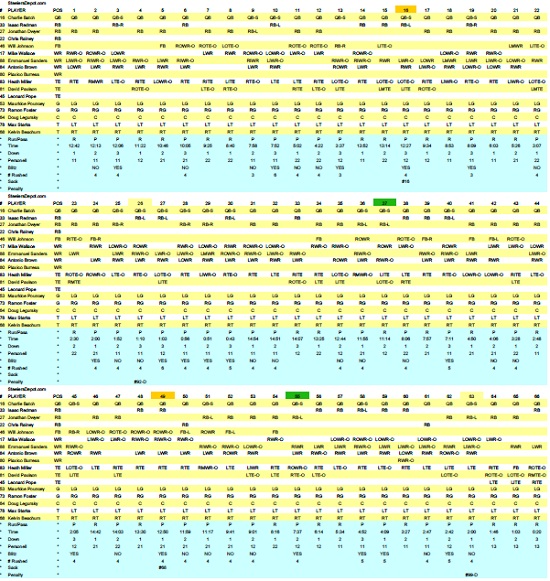