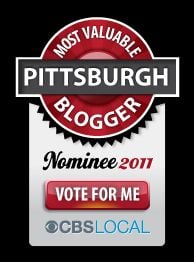 The Steelers take on the Eagles tonight at Heinz Field in their second preseason game of the 2011 season. The roster is sorting itself out slowly, but there are still a few battles and spots that have yet to won. The starters should get a little more playing time tonight as the entire team looks to improve on their overall dismal performance last week against the Redskins. As I do every week, here are my 7 things to watch for tonight.

Climbing Hills – 4th year offensive lineman Tony Hills is slated to start at right guard tonight to show his position flexibility and make a run at the spot. Chris Scott started there last week against the Redskins and did not have a good showing. Hills played at both the left tackle and right guard spot and looked surprisingly good versus the level of competition he went up against. This week he will really be tested against the Eagles front and a good showing tonight could possibly secure him a roster spot. He needs to make sure tonight he keeps his pad level low when he pulls and keep hands out of his chest in pass blocking. He has looked decent before in preseasons gone by only to take a step backwards when called upon in the regular season. I have him on the bubble right now and will be watching him closely when I do my post-game offensive line breakdown.

What Can Brown Do For Us? – Tonight should mark the debut of third-round draft pick Curtis Brown, as he did not play against the Redskins last week due to a hamstring injury. Brown reportedly had a great week of practice and it will be interesting to see how he is used tonight and for how long. The Steelers are down multiple corners with Ike Taylor, Bryant McFadden, Crezdon Butler and Cortez Allen all sitting out tonight, so Curtis looks to get a long look in their absence. I am hoping to see him work both outside and as a nickel tonight and will be watching his understanding of the scheme, his tackling ability and of course his coverage skills. In addition, I will be looking at his role on special teams as I expect him to also get several looks there. The stage is set for him to shine tonight and the Steelers really need him to show why they drafted him.

Jerricho Debut – Newly signed free agent wide receiver Jerricho Cotchery will also make his debut tonight in the black and gold against the Eagles after officially signing last weekend. Cotchery is an established slot type receiver who can also play outside if needed to. He has been force fed the playbook this week and I expect he will get some extended playing time tonight. He is what I would call a great Hines Ward insurance policy and he has been very adept over the course of his career at finding soft spots in the zone to move the chains. The biggest concern since his signing is if he is fully healed from his offseason back surgery and we should get our answer to that concern tonight. There are not too many receivers in the league that can block like Ward can, but it is something Cotchery is not afraid to do. I will be watching that aspect of his game as well to see how he measures up.

Whole Worilds In His Hands – Second-year outside linebacker Jason Worilds failed to impress me last week against the Redskins. There were times when he had problems fighting off blocks and he also found himself being caught inside on running plays to his side. He seems to still be having to think instead of reacting naturally. The Steelers really need him to show he is an adequate backup to James Harrison in case he is slowed this year by his back. The Steelers really do not want to have Lawrence Timmons move outside should indeed Harrison miss time as he is a bigger asset at his inside linebacker position. Worilds needs to make the jump and hopefully he looks much improved this week after being coached up on his errors from last week.

Cam The Container – Cameron Heyward had a great first showing last week against the Redskins and he has been a bit feisty this past week in practice with several of the Steelers offensive lineman. He can now take out his aggression against the Eagles line and he will be forced to show his containment skills against the ever so mobile Eagles quarterbacks. Michael Vick and Vince Young are not afraid to tuck it and run when pressured, so it will be vital that Heyward holds his ground and force both inside should he not be the one applying the heavy pass rush pressure.

Dwyer The Biggest Loser Or Biggest Winner? – When Baron Batch went down prior to the Redskins game it gave second year running back Jonathan Dwyer an honest chance to make the 53 man roster. Dwyer has lost around 15 pounds or so since arriving at Latrobe out of shape and reportedly is now turning the heads of his coaches after a slow start. I saw effort and willingness last week from him while he was in the game and his recognition and understanding seem much better than it did last year. That being said, Dwyer has a long way to go still and he should see some extended playing time tonight to show the coaches he is worthy of the 4th running back spot.

Gunners A Blazing – It might seem little worthless to watch the outside gunners tonight on special teams, but it is something I will be paying close attention to as it could open up a roster spot. Both William Gay and Keenan Lewis reportedly worked as the first team gunners this past week and it could make Arnaz Battle expendable should they both be able to handle the role. I mentioned Brown early in this post and I will be looking to see if he gets some time tonight as a gunner as well. With the new kickoff rule set to highly diminish the amount of returns this year, the Steelers could very well decide to only keep 5 receivers this year. This could open up a roster spot for a 4th tight end spot, a 10th offensive lineman or a 9th linebacker.