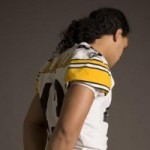 The NFL Network Top 100 NFL Players of 2011 show wrapped up tonight as they counted down the final 10 players. Steelers safety Troy Polamalu finished 6th overall on the list that was reportedly voted on by the players. The Polamalu vignette featured Steelers head coach Mike Tomlin and quarterback Ben Roethlisberger presenting him.

The list has been under scrutiny since it began several weeks ago as several players have admitted publicly that they did not vote. The latest to make this claim is Steelers free safety Ryan Clark. Clark tweeted the following after Tom Brady was named the number one player on the top 100 list. “People. I do not know 1 player personally that voted on NFL top 100 players! Yes not one! @tpolamalu even asked who voted on it! #sham!”

The list certainly did what it was designed to do and that is to create discussion and buzz. The network should try it again next year, but it must have more participation from the players in my opinion. It is rumored that only 200 plus players took part in the voting, but that has yet to be confirmed. Perhaps they should have 10 starters from each team, 5 on offense and 5 on defense, and those players should vote for and rank 20 players each not on their own team. That way each team is properly represented and not voting for their own teammates.