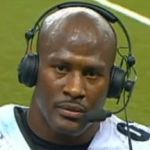 The dust is slowly starting to clear after the explosive interview of Steelers linebacker James Harrison in Men\’s Journal surfaced on Wednesday. Harrison released an apology type statement Thursday night for comments he made about his teammates, more specifically the ones about quarterback Ben Roethlisberger and running back Rashard Mendenhall, and Harrison also apologized for speaking in such a candid manner to someone outside of the team.

Since the news of the article first surfaced, it was reported that Harrison had called and cleared the air with Roethlisberger, who reportedly said he was “fine” with Harrison. Mendenhall also said via Twitter yesterday that he does not have a problem with Harrison, because he knows him. Safety Ryan Clark tweeted Wednesday that, “Nobody has to leave. We will all be in Pittsburgh. Brothers disagree, brothers fight, call each other names! You\’re still family! ALWAYS!” and later added, “Not defending him agreeing or disagreeing. Not for me to do on twitter. Only saying we know who he is. Thats just James.”

Fellow linebacker Lawrence Timmons showed his support for Harrison during an interview yesterday on TSN and second year linebacker Stevenson Sylvester tweeted just tonight, “we gotchu big dawg” to Harrison. The support did not end there on the defensive side of the ball as cornerback Ike Taylor also weighed in via a tweet to Harrison that said, “I got your back 1000% don\’t even trip We live We learn We move on We family #Noworries”

As the lockout looks to hopefully be ending soon, I suspect several other teammates will follow suit as soon as they arrive at training camp. Many will meet the media upon arrival and I am pretty sure they will get that out of the way as soon as possible so the Steelers can start to move on from the distraction. That is the only thing they can do at this point, because that\’s what good teammates are supposed to do.