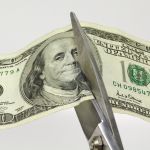 I wanted to give some clarification to the post June 1st cap rule in this article and point you to some updated numbers of mine in a previous post. In that post I pointed out the players that could be salary cap casualties as soon as the lockout is over and the 72 hour window opens prior to the start of free agency. While I have not officially confirmed yet that the post June 1st rule the league has previously used will be in effect, several people I have talked see no reason why it wouldn\’t be in the new labor agreement.

First off, the rule previously allowed teams to cut players after June 1st and stretch the cap charge of the remaining signing bonus owed a player out over two seasons. Here is an example of how this worked in the past. Say a player has 3 years left on his contract when he is released and $3 million left in signing bonus to account for. His 2011 signing bonus charge would have been $1 million and that now becomes dead money charged against the 2011 team that released him with the other $2 million being counted as dead money in 2012. Had the player been released prior to June 1st, the entire $3 million would have been accelerated as a dead money cap hit in 2011. This helps teams get instant cap relief in a season, but also pushes off dead money to future years. It can lead to cap hell though if a team pushes too much dead money into future years as you are being charged for players that have long been off the roster.

In my previous post on possible salary cap casualties coming up for the Steelers, I had accelerated all of the remaining signing bonus initially as I was unsure if the June 1st rule would be in play. I have since edited those numbers and provided you a 2011 dead money column along with a 2012 dead money column assuming the charge off can be done over 2 years. I addition, I updated the 2011 cap savings to reflect the players this applied to. I still expect some of these 9 players to be released or restructured as soon as the 72 hour window opens. My best guess remains that Flozell Adams, Antwaan Randle El, Arnaz Battle and Will Allen are the first to be released during that time frame. That would provide an instant cap savings of nearly $9.5 million and get the Steelers in the ballpark of the $120 million salary cap number. Those cuts would create just under $1 million in 2011 and 2012 dead money. Not terribly bad.

Like I also mentioned previously, I think a new deal for LaMarr Woodley could possibly get done during those 3 days to lower that $10 million franchise tag cap hit he is currently costing. Also like I mentioned previously, Aaron Smith will likely be asked to take a pay cut or he could be shown the door as well. Larry Foote and Bryant McFadden are on the proverbial bubble, but with the potential loss of Ike Taylor and William Gay via free agency, it would surprise me if McFadden was released. Foote would be a minor surprise cut as well as he provides the Steelers good depth inside and contributes on special teams. I really think he survives for now and at least makes it to training camp at the very least.

The Steelers have quite a few of their own lower profile unrestricted free agents I envision that they would like to re-sign in addition to either Taylor or Willie Colon when free agency begins. To do so, they will likely need to be around $5-7 million under the cap by the time the 72 hour window closes. Releasing Adams, Randle El, Battle and Allen, coupled with a long term deal with Woodley should get them right about to that point. Any relief that Smith gives them would be even more breathing room. Prepare yourself for a wild 72 hours and frantic start to the 2011 free agency period.