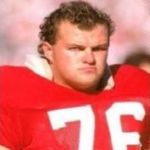 Ed Bouchette referenced a defensive lineman today in his morning slog that the Steelers had signed in the late 80\’s because of injuries that was released as quick as he was signed because he failed his physical due to a bad drug test. Bouchette said that the Steelers re-signed that player several weeks later and he remained on the team until training camp the following season when he was abruptly released for having some small caliber hand guns in his dormitory room.

Bouchette never named the player this morning, but with a little research I discovered the player Bouchette was referring to was Rollin Putzier and he has quite a story behind him so I thought I would share it.

Putzier played his college ball at Oregon were he was a nose tackle and was drafted by the Green Bay Packers in the 4th round of the 1988 draft. That was the same year the Packers selected wide receiver Sterling Sharpe with their first round pick as well. The Packers organization opinions of Putzier were reportedly mixed at the time and it was the Packers scouting staff that pushed the hardest for his selection. Putzier ended up being released in late August as the Packers chose to keep defensive tackle Nate Hill, their 6th round 1988 draft pick, instead of Putzier because of better potential and feet.

The Steelers signed Putzier in early September to a one year contract as they were thin on the defensive line due to injuries as defensive end Keith Willis had been lost for the season because of a neck injury and backup nose tackle Lorenzo Freeman had been dinged up with an ankle injury. The Putzier contract was reportedly worth 80-90 K at the time and included incentives. Freeman was placed on the temporary injured reserve list the NFL used at the time and Putzier was to take his spot on the roster. The transaction was reversed after Putzier failed his physical.

Putzier was re-signed several weeks later and credited with 5 games on the Steelers roster. He was back in training camp with the Steelers in 1989, but was released after the handguns were discovered in his dorm room. He was signed shortly there after by the San Francisco 49ers, but was one of 13 NFL players suspended for 30 days by then NFL Commissioner Pete Rozelle for testing positive for steroids. After reinstatement from his suspension, he remained on the 49ers roster that ended up winning the Super Bowl. He received a Super Bowl ring in the process.

Putzier was back in training camp with the 49ers in 1990, but was released prior to the start of the season. Putzier went on to play for the Montreal Machine of the now defunct WLAF (World League of American Football) in 1990 and was signed by the Denver Broncos roster in July of 1991. He did not make the Broncos final roster though as he was released in late August. His football career ended in 1995 according to published reports.

Not much is know about the life of Putzier immedietly following his football years, but his name surfaced 13 years later in 2008 after he was shot trying to break up a fight at his apartment in Huntsville, Alabama. Putzier, who then worked as a bouncer at a couple of nightclubs in town, was shot in the stomach by one of the men fighting and driven to the emergency room by a mystery man. Putzier\’s Super Bowl ring he earned with the 49ers went missing during the incident. Putzier had no insurance so medical bills mounted for him after the shooting. A benefit was held in July of 2008 at a local bar Putzier worked for to raise money for his expenses.

Putzier recovered, but his hard times were not over as he and his family lost their Huntsville town home just three days after Christmas in 2010 due to a fire. The local paper boy woke up the family early that morning after seeing smoke come out from the attic and was able to get the family out in time. Earlier this year, the same bar that helped raise money for Putzier after the shooting incident, once again hosted a benefit to raise money for the Putzier family.

Now you know a little bit more about the former Steelers player that Bouchette referenced this morning. It sounds like Putzier has had some ups and downs in life, but is managing to get through it with help from his friends.