Well it all comes down to this Steelers fans, with a playoff spot already clinched the AFC North and the 2nd bye is up for grabs. This is what football at this time of the year is all about, big games with big playoff implications. That being said this is a very winnable game that the Steelers should win. However expect the Browns to come out fired up ready to spoil the Steelers chances. 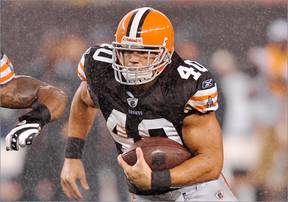 Peyton Hillis is the workhorse back of the Browns but he had a very mediocre game against the Ravens, Hillis was limited to 35 yards on 12 carries. It won’t be very much easier sledding against the Steelers who are giving up a paltry 64.1 yards on the ground. Look for the Browns to try to get the running game started but for the Steelers to shut it down. Overall the Browns like the Panthers last week are one of thee worst offenses in the league. They are ranked 29th in the league in the league in offense averaging 294 ypg and only 16 points a game. The problem for the Browns is the lack of playmakers on the offensive side of the ball. Benjamin Watson is the leading receiver with 61 receptions for 696 yards and 3 touchdowns. Hillis is 2nd with 60 receptions for 474 yards and 2 TD’s Cleveland is converting 37.3 of their third down conversions, averaging 187.1 yards per game passing and rushing for 106.9 yards per game. 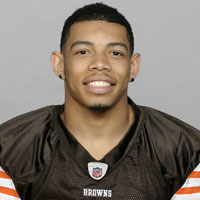 The Browns have found a future playmaker in the consistent and dependable rookie Joe Haden drafted at number 7 in last year’s draft. Haden has picked off the ball 6 times and look for him to be potentially matched up with Mike Wallace. A couple of weeks ago the Jets declined to match up Revis against Wallace instead placing Cromartie against him. We all saw what happened, however the Browns do not have the depth of the Jets so look for a good match-up on the outside between Haden and Wallace. Overall the Browns defense is ranked 21st in the NFL surrendering 19.4 points per game and 345.5 yards per game. The Browns are allowing 214.2 yards per game through the air and 131.3 yards on the ground. The Browns are tied with the Ravens for 25th in the league at 27 sacks compared to the Steelers with 44 sacks. 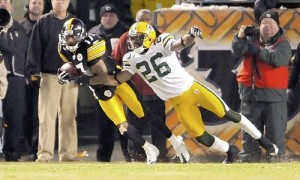 The Steelers improved in both total offense and defense after playing the Panthers last Thursday night. The offense moved to 15th overall averaging 340.5 yards per game 22.3 points per game, 20.5 1st downs a game and a 42.0 3rd down conversion rate. On the other side of the ball the Browns average 294 yards per game, 17.5 points per game, they convert 37.3 % of their 3rd downs into 1st downs. On offense the game plan for the Steelers should be much like last week’s game plan attack the Browns defense with the pass and the run. The team is susceptible in both areas. I would also like to see Arians use a bit more of play-action in the game plan. Teams are starting off the game by giving their corners safety help over the top to stop Wallace’s deep speed. Get the running game moving consistently and they will have to bring that safety up. On defense the Steelers have to stop Hillis and make the Browns one dimensional. In the fist game Hillis was limited to 41 yards on 12 rushing attempts and Ben Watson was the leading receiver with 6 catches for 88 yards. Colt McCoy will likely get the start and while he has athleticism he is still apt to make poor choices. Look for the Steelers to make some interceptions. Hope everyone had a great Merry Christmas and I wish all of our readers a Happy New Year. Until next time enjoy the game and Go Steelers!!!!