I got an email asking if I could break down the sacks of the game today against the Falcons and had some extra time to get this done tonight. The Steelers gave up 3 sacks on the day against Atlanta and I am waiting for the second sack video to finish converting and will add it to this post later tonight.

The first sack happened half way through the 3rd quarter and you can view the play right here. You will see in the still photos below that Falcons right defensive end John Abraham gives a fake to the inside off the snap and Steelers left tackle Max Starks bites on it. Abraham gives him a smack with his right arm on the way by as he has Starks off balance. It seems that the way his footwork is that he may be have been expecting a chip by tight end Matt Spaeth on his release, but it is not conclusive. Regardless it is a clean beat on Starks. 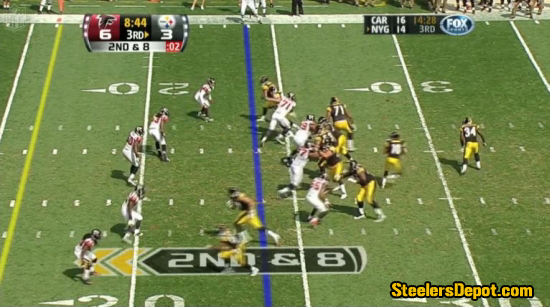 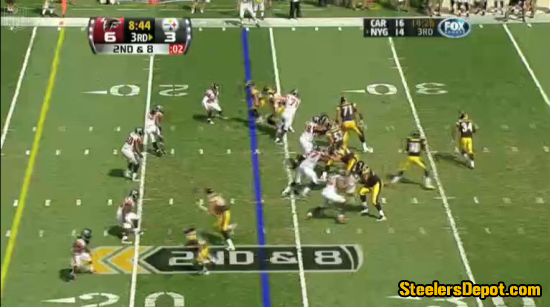 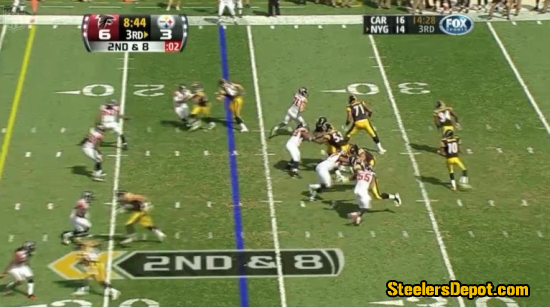 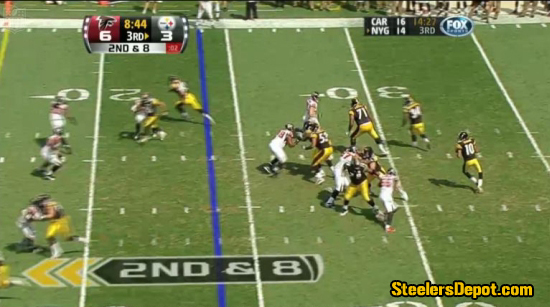 The last sack happened one play after the second sack and immediately after the two minute warning and you can view the play right here. What is strange is that the Falcons only rush 3 while the Steelers are in max protection and Kroy Biermann not only beats right tackle Flozell Adams, but tight end Heath Miller as well. You will see in the still photos below that Adams appears to just pass off Biermann to the outside to Miller. Miller does not seem like he is ready for him. Now Biermann is a great up and coming defensive end, but to beat both Adams and Miller on one play is a total fail. It is almost like their might have been assignment questions as to what either were to do. It also was late in the game and Adams was getting sluggish. Regardless both Adams and Miller get charged ownership of that sack. 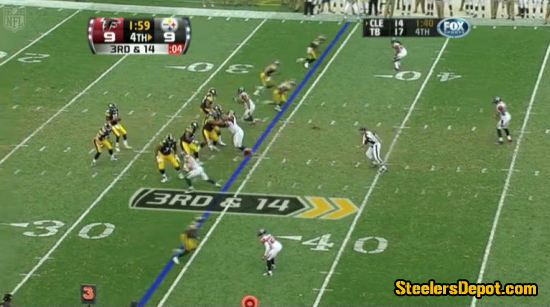 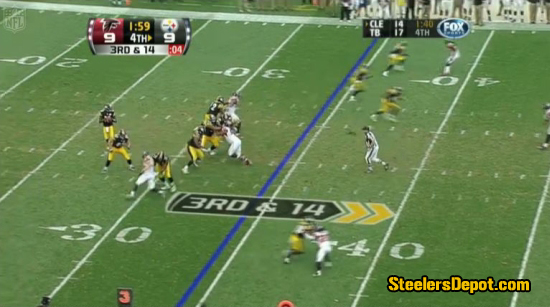 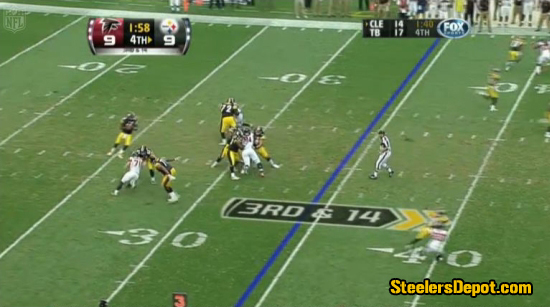 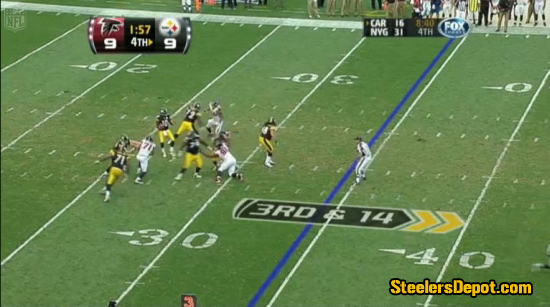 We will add the second sack just before the two minute warning very shortly so please check back.