I broke down the 9-yard touchdown run by Giants running back Ahmad Bradshaw in the Steelers game this past Saturday to show what really happened on the play. It should be noted that Bryant McFadden was in the game at right cornerback as Ike Taylor had been ejected earlier in the game. McFadden normally plays the opposite side, so keep that in the back of your head as well. It would be interesting to see if Taylor would of suffered the same fate or not on this run. 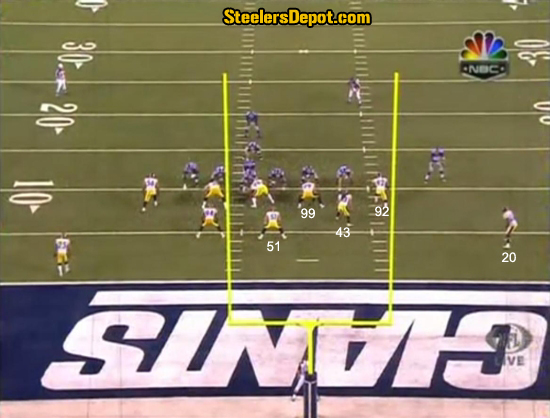 Classis pre snap 3-4 defense look with strong safety #43 Troy Polamalu pressing the line to show run blitz. I have labeled the numbers of all defensive players in play here. 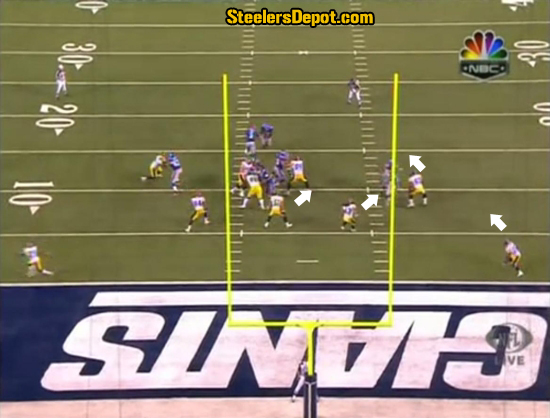 Giants get off the ball extremely quick and on their blocks in a hurry. If run blitz would of been called on this play, Polamalu blows the whole play up. Instead, Polamalu has responsibility of covering receiver Derek Hagan coming out while James Farrior has responsibilities of closing the hole and forcing the ball carrier outside to James Harrison and Bryant McFadden who are tasked with outside run support. Hard to see, but both left tackle William Beatty and fullback Madison Hedgecock are tying up Brett Kiesel here. Tight end Kevin Boss is about to engage Harrison. 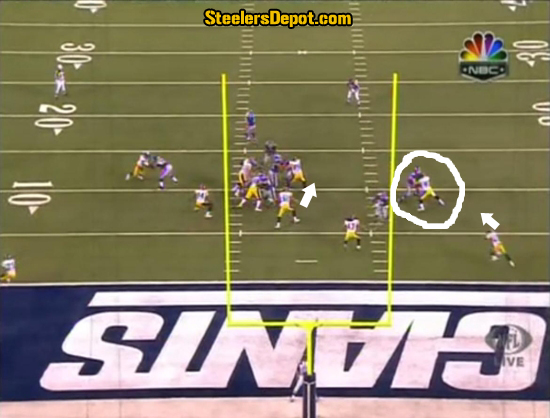 Boss is now engaged Harrison in the circle, Farrior has found the ball carrier and is reacting. Kiesel is stood up by Beatty and Hedgecock. McFadden in full sprint to the hole. 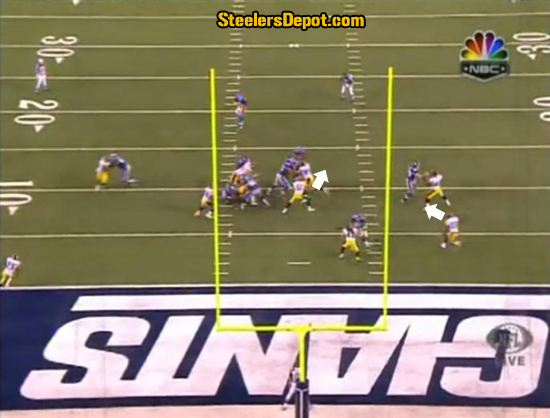 Only McFadden and Farrior the only two players of defense not engaged here and the way Boss has turned Harrison, this play looks designed to be run through the huge hole and his really blocked well. Defense seems to be in position just tangled up in blocks. 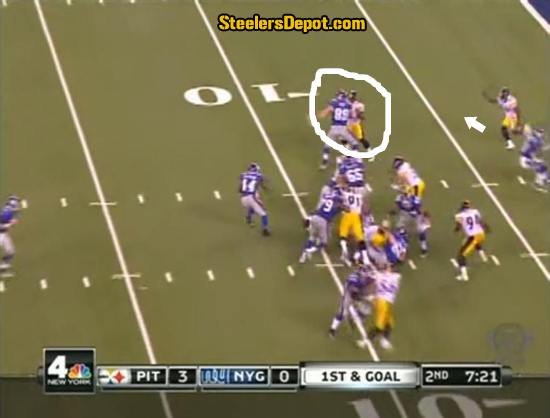 This is a backside view of the next real frame where running back Ahmad Bradshaw is seeing the hole close as fast as it opened and decides to bounce outside. Kiesel is fighting off both blocks and did not allow himself to get turned inside. Farrior continues to fill hole. Harrison is having problems fighting of the tight end Boss. McFadden has gotten too far inside the numbers and is now trying to get himself back to the edge as he notices that is the way it is going. 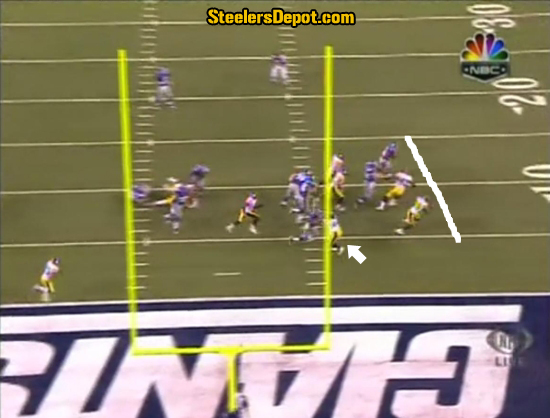 Harrison is just now getting off of the block of Boss and Bradshaw is almost already outside of both Harrison and McFadden who initial takes a poor angle when you watch the replay in full speed. Polamalu is still fighting off the block of Hagan and has no chance offering support. 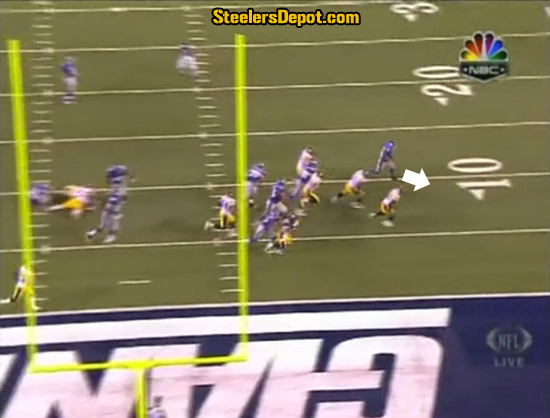 Bradshaw has eyes on the corner of the endzone and it is a foot race with McFadden that is adjusting to his initial bad angle. Harrison just now fully separated from Boss, but too late. 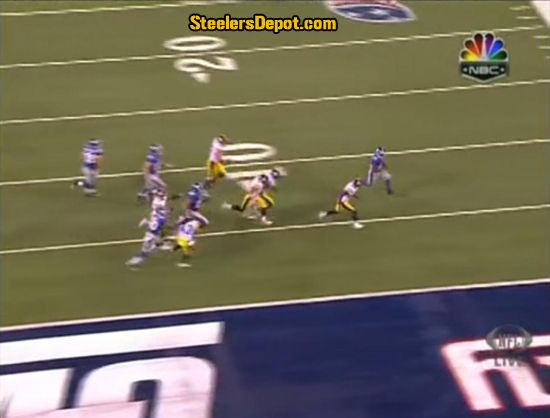 I could carry this out from here, but you know the result and there is nothing anyone can do from this point forward as Bradshaw either scores or goes down at the one yard-line. OVerall the play was blocked by the Giants pretty well and the Steelers defense biggest fault was not being able to shed their blocks quickly and McFadden was sucked in a little too far to recover the edge, especially when taking a bad angle. A run blitz call would of been the perfect call here perhaps.