NFL\’s Vice President of Officiating from 2004-09, Mike Pereira, has chimed in the recent remarks by referee Bill Leavy admitting to the Seattle Seahawks that he made two bad calls during their Super Bowl XL. Pereira admits that the clipping cal on Matt Hasselbeck was the wrong call, but goes on to say the Sean Locklear holding call was a hold and should have been called. Below are two pics that back up the holding call on Locklear. Enough said.

Pereira goes on to say, “Did Leavy\’s calls determine the winner of Super Bowl XL? Absolutely not! In truth, there were missed calls that went against both teams. Let\’s all put aside our allegiances and go back four years and look at the game objectively. If we do, we will see that the Seahawks did not play well and neither, actually, did the Steelers. The officials also did not have a great game. In the end, however, the team that deserved to win won. That, in my opinion, is the bottom line.”

We agree with Mike that it was a poorly officiated game on both sides of the ball, but to blame the Seahawks loss on just 2 calls is ludicrous. Go back and watch the full DVD replay objectively and you will see the the team that deserved to win won. 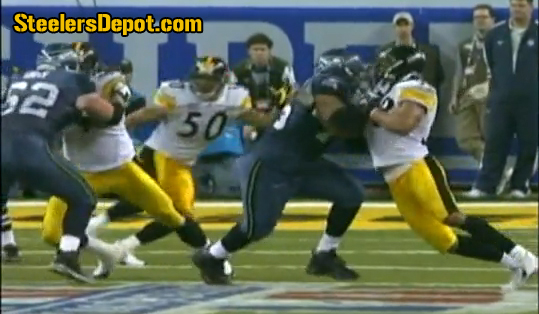 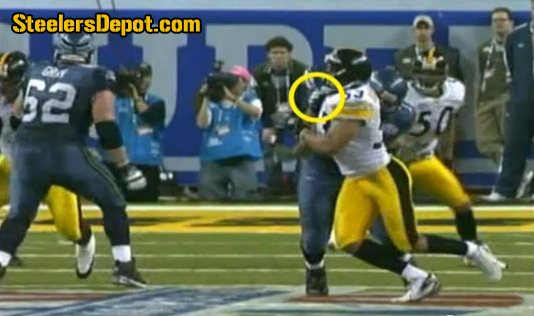 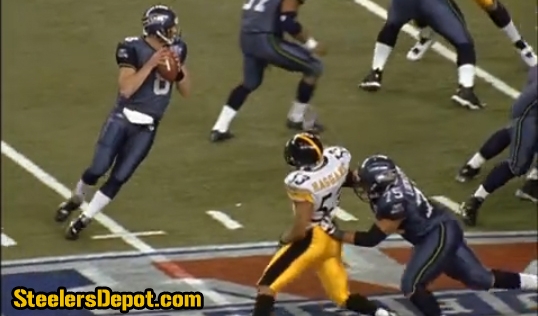