Lawrence Timmons said on Wednesday in an interview that he knows where the money is and it lies in the sack stat column. Timmons is shooting for double digit sacks in 2010 after recording 7 in 2009. According to a recent blog post of his, Timmons says he has been working out like a dog so camp will be easy for him and that he is in some serious shape.

Timmons was inactive for two games in 2009 and also slowed all season with an ankle injury, but it did not stop him from putting up a strong year. According to Pro Football Focus, Timmons clocked in at number 9 overall in their rankings of inside linebackers and if not for his penalties, he would have been ranked 4th overall.

Timmons led all linebackers on that list with 7 sacks, but lost in that number is the fact that he caused 4 fumbles in those sacks, all recovered by the Steelers. Timmons excels best rushing the passer out of the nickel defense on downs that utilize the Dick LeBeau “Fire X” blitz. Timmons luxury of being able to walk around and rush from either side in that package, makes him hard to account for.

I have compiled video all 7 sacks below and if you watch them, you will see that he really only talied 6.5 sacks, which still would of led the sack category of inside linebackers. Most times he is untouched on these sacks or the running back does a poor job of picking him up.

The Steelers defensive line should have a better pass rush in 2010 thanks to the return of a healthy Aaron Smith and the huge expected jump of Ziggy Hood. Combine that with Timmons having another year experience in the LeBeau defense,should be conducive to a huge year for Timmons. Timmons might be spelled more on earlier downs throughout the season by Larry Foote and it should keep some with additional wear and tear of Timmons in the process.

All signs point to Timmons putting up a Pro Bowl year and getting those double digit sacks he is aiming for. He is another reason why the Steelers defense should return to one of the best NFL overall defenses in 2010.

Below are screen shots that link to all 7 sacks by Timmons in the 2009 season. Click each screen shot to see the video replay. 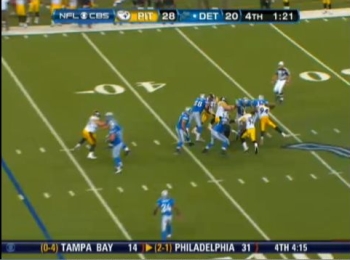 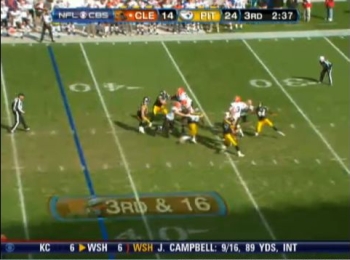 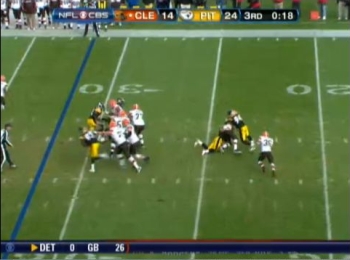 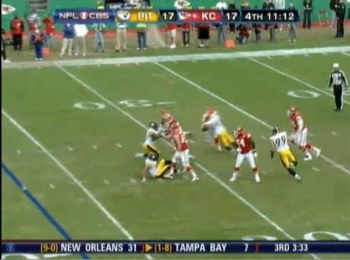 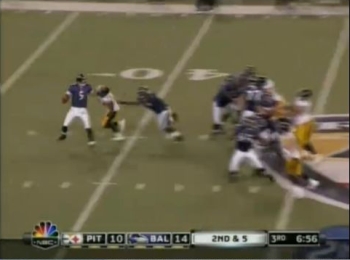 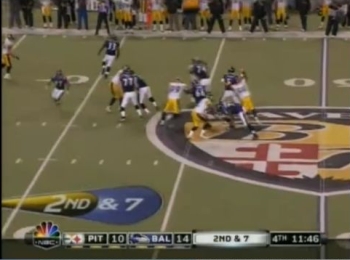 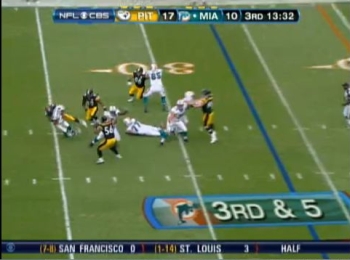