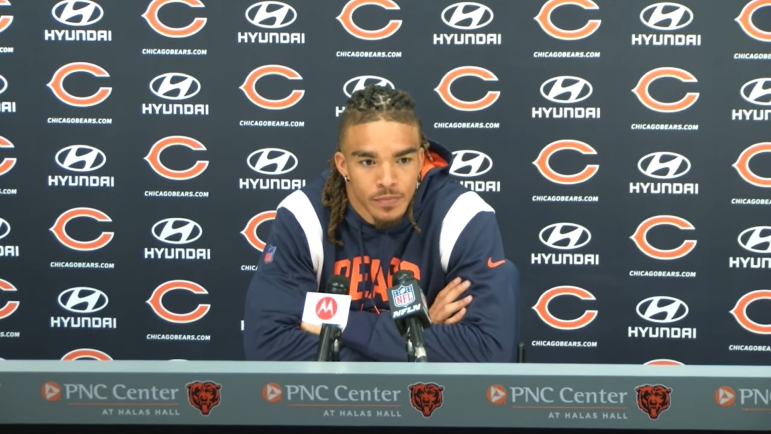 The trade of third-year wide receiver Chase Claypool from the Pittsburgh Steelers to the Chicago Bears was a bit surprising overall when it initially happened as the Steelers’ decision to move the physical specimen at wide receiver hurt their depth a bit.

Since that trade on November 1, the decision to trade Claypool has looked better and better for the black and gold and GM Omar Khan every single week, while it’s looked worse for the Bears and GM Ryan Poles week after week.

With the trade of Claypool to the Bears, the Steelers netted a second-round pick from Poles and the Bears, which was rather shocking. Turns out, that pick the Steelers acquired for Claypool will be the first pick of the second round in late April in the 2023 NFL Draft after the Chicago Bears lost to the Minnesota Vikings, 29-13, in Week 18, clinching the first overall pick, coupled with a 32-31 win by the Houston Texans over the Indianapolis Colts.

Technically, the pick the Bears traded to the Steelers for Claypool that would be the 33rd overall pick but with Miami Dolphins forfeiting their first-round pick in 2023 due to tampering evidence, it will be the 32nd overall pick, the first of the second round.
Prior to his trade to the Bears, Claypool had 32 receptions for 311 yards and a touchdown in the team’s first eight games. He also had eight rushes for 55 yards and threw a touchdown pass in the Week 8 loss to the Philadelphia Eagles on a trick play. For his career with the Steelers, Claypool recorded 153 receptions for 2,044 yards and 12 touchdowns. He also had 32 career rushes for 167 yards and two touchdowns for the Steelers through two and a half seasons.
With the Bears, Claypool has struggled to find his footing while trying to get up to speed in the middle of the season. In seven games with the Bears, Claypool tallied 14 receptions for 140 yards and added one rush for four yards. After acquiring Claypool, the Bears didn’t win a game down the stretch, finishing 3-14 on the season, losing 10 games in a row.