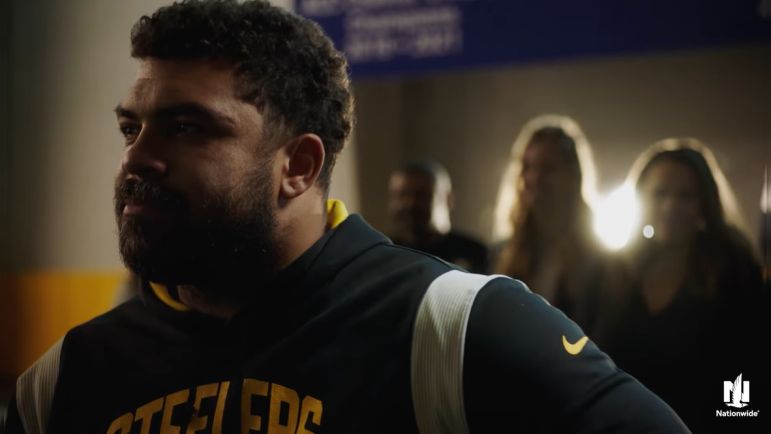 Pittsburgh Steelers defensive tackle Cameron Heyward has been an All-Pro both on an off the field. While his stats on the field warrant praise alone, a five-time Pro-Bowler and the time All-Pro with 78.5 career sacks, his off-the-field work deserves even more praise.

By now, you probably know Heyward was nominated for his fifth Walter Payton Man of the Year Award. For this year’s nomination, he received one heck of a surprise. Initially believing he was announcing a teammate as the Steelers nominee, Nationwide surprised him by having him read off all of his accomplishments off the field and having friends, family, and others say how much Heyward has impacted their lives.

Check out the video Nationwide put together and released earlier today.

Watch @CamHeyward’s reaction as his family, friends, and @steelers teammates surprise and congratulate him on being a 5x Walter Payton @NFL Man of the Year nominee.

Heyward has always done a lot off the field, it is why he was nominated four times for the award before this season. This year Heyward continued to help out the Pittsburgh community through his foundation, The Heyward House.

This September, Heyward and The Heyward House announced “Cam’s Kindness Week” which took place during the last week of September. During that week Heyward met with children and people in the community and brought them kindness and joy by hanging out with kids at the UPMC Children’s Hospital, helped clean up a local garden in Pittsburgh, and painted and read with young students among many other things.

With all Heyward has done over his career, it is awesome he is getting recognition for his off-the-field charity work. He is Pittsburgh through and through and his impact on the community shows that.

As one of 32 nominees, it is hard for someone to win the Walter Peyton Man of the Year Award. If Heyward wins it this year, he will join Franco Harris, Joe Greene, Lynn Swann, and Jerome Bettis as the fifth Steeler to win the award.

Even if Heyward doesn’t win his impact on the Pittsburgh community will last a long time. While it would be awesome for Heyward to win, and he certainly deserves to, what he cares most about is just giving back to his community which he does. No matter if he wins or not, Pittsburgh is thankful to have Heyward in their community. A man who puts others before himself.