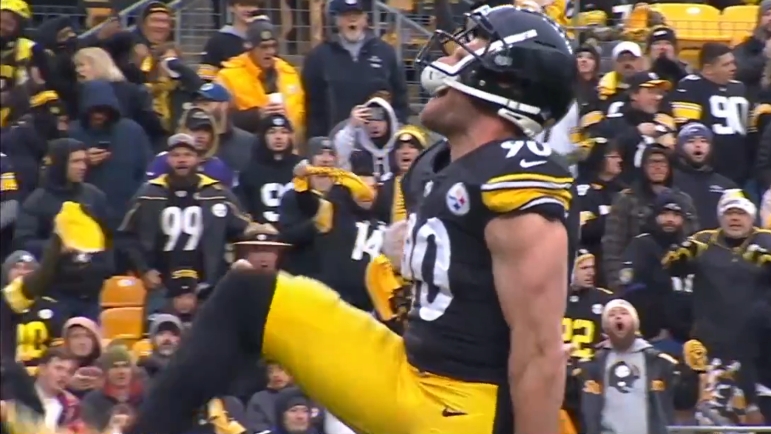 If the MVP award was for players other than just quarterbacks a certain Pittsburgh Steelers player would have a damn good shot at winning it year in and year out. That person is none other than EDGE rusher T.J. Watt. Today, PFF put out a tweet that showed how important Watt is to the Steelers.

As you can see, without Watt the Steelers would be fighting for the first overall pick. With Watt the Steelers are in the playoffs. Taking a look at a smaller sample size of just this year, with Watt playing the team lost just two games. Those two games were one against the Cincinnati Bengals in Watt’s second game back from injury and against the Baltimore Ravens where Mitch Trubisky threw three interceptions.

Watt’s injuries the past two seasons, and in particular this season, have been unfortunate. But anyone who says he was not worth a contract extension is just flat out wrong. With a competent offense the Steelers are in the playoffs and with the way the defense has been playing if they keep it up they could make a run in the future. The 2008 Steelers didn’t have a great offense, but they were average, 17th best that year. They did have an outstanding defense though that year. For the 2023 Steelers to reach the summit of the NFL and win another Super Bowl they better pray their offense improves and Watt stays healthy. If both those things happen they’ll have a championship winning formula brewing.