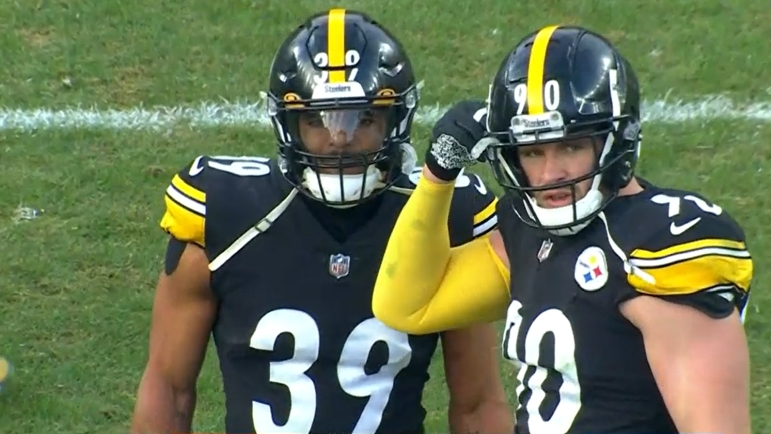 The Pittsburgh Steelers ended the 2022 regular season on a four-game winning streak after suffering a four-game losing streak early in the season. They came out just one game above .500, finishing 9-8 thanks to a strong second-half surge that saw them go 7-2 in their final nine.

But it came up just shy of being enough. They needed the New England Patriots to lose today and for the Miami Dolphins to lose or tie. They got the Patriots loss. They very nearly got a tie for the Dolphins against the New York Jets. And so they’re now in offseason mode.

“It sucks to have to talk about next year already, but we have a lot of good stuff to build on”, star outside linebacker T.J. Watt said after the game on CBS. “A lot of great players and coaches in the building, and we’ll see what’s in store for us”.

Watt: “We could’ve gave up, but a lot of guys really looked inside and stuck it out for each other. And for that, I’m very proud of this group.”pic.twitter.com/2zwTYfahzw

The defense finished the year allowing 20.3 points per game, but they allowed just 16.5 points per game since the bye week. They held their final seven opponents to 17 points or fewer, including the final three games totaling just 37 between them.

“We were getting hot towards the end of the stretch this year, but just too little, too late”, Watt opined, a sentiment the fan base is feeling heavily right now. Perhaps if the defense had Watt for most of the first half of the season, we would be having a different conversation now.

There were ups and downs in every phase of the game for the Steelers this year, including on special teams, but they managed to find ways to win throughout the second half of the year. They even managed to overcome a number of errors today to win handily, perhaps in itself another positive sign.

Officially, quarterback Kenny Pickett ends his rookie season with a 7-5 record as the starter, though one of those losses should really be credited to Mitch Trubisky, that being the loss to the Baltimore Ravens in which Pickett was knocked out by the second drive.

Running back Najee Harris had a strong second half of the season as well, seemingly proving that it was a Lisfranc foot injury holding him back in the first half. But the way the offensive line gelled over the course of the year was pivotal as well.

Defensively, there are still question marks, and decisions to make. Do you keep Cameron Sutton and Terrell Edmunds, and if so, at what cost? The same goes for Robert Spillane if they’re allowing Devin Bush to walk. And Larry Ogunjobi will be a free agent as well.

For now, though, there’s just frustration. There has been so much momentum over the past two months that to come so close is a tough blow.