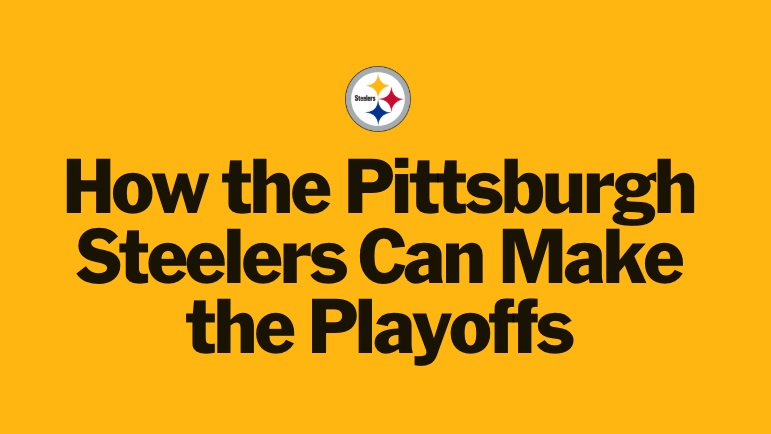 The Pittsburgh Steelers kept their 2022 playoff hopes alive Sunday night with a 16-13 road win over the Baltimore Ravens. They will now head into Week 18 with a 15% of making the playoffs, according to FiveThirtyEight.

The Steelers will need some help in Week 18, and it begins with them helping themselves as they must defeat the Cleveland Browns at Acrisure Stadium. They will then need both the Buffalo Bills and New York Jets to win or tie their games in Week 18 in order to secure an AFC playoff spot.

The Bills (12-3) host the New England Patriots (8-8) in Week 18, while the Jets (7-9) are at the Miami Dolphins (8-8). The Steelers must finish with a better record than both the Patriots and Dolphins to make the playoffs.

Should the Steelers tie the Browns in Week 18, they would need the Patriots and Dolphins to both lose their final games to make the playoffs.

The Steelers are 6-2 since their bye week and they have now won three consecutive games.

The times for those games, and the Steelers Week 18 game against the Browns, will be announced on Jan. 2.