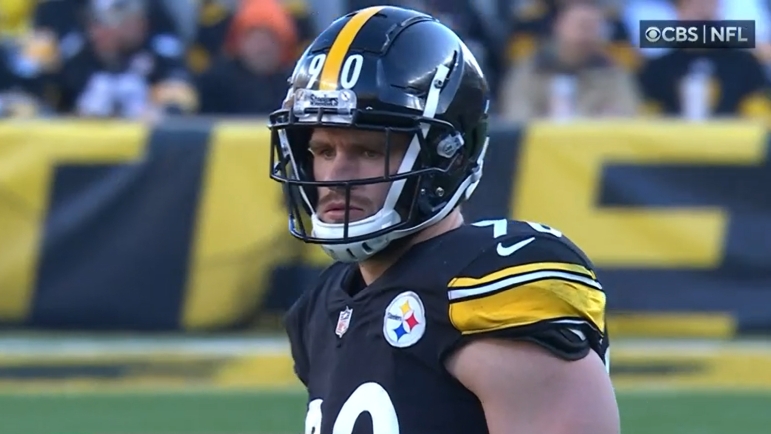 Winners and losers from the Pittsburgh Steelers 28-14 win against the Cleveland Browns Sunday afternoon.

George Pickens – Pickens doesn’t see a lot of targets but he makes them all count. A backshoulder machine who had a questionable one ruled incomplete, he took advantage of a busted coverage for a 31-yard score right before the half, the Steelers’ longest offensive play of the season. His future is bright, you already knew that, and he should see a higher volume in 2023. Excited to see what a second-year jump looks like for him.

T.J. Watt/Cam Heyward – As expected, Watt had his way with backup RT Jack Conklin. Containing Deshaun Watson wasn’t always successful, in fact they struggled quite a bit, but Watt was a guy who consistently finished. He picked up 1.5 sacks today to move into second place in team history now only trailing James Harrison. It’s been a tough, injury-hampered year by Watt but he still finished with a respectable number of sacks.

Heyward keeps making these lists to close the year out, finishing with a sack and decorated box score to finish the year. Ditto Alex Highsmith who finished with 14.5 sacks.

Levi Wallace/Damontae Kazee –  Two splash plays by the Steelers’ secondary. Wallace stepped in front of a Watson poor decision downfield for his fourth INT of the season while Kazee made a great read to jump a short throw and take it the other way. This defense picked off 20 passes this year and were largely opportunistic on the football

Najee Harris – Yes, he had the costly goal line fumble. Extending the ball over the line is a risky proposition that hasn’t hurt him all year until today. But the refs incorrectly ruled him down on a 1st and Goal run and besides that fumble, Harris ran hard all day. Since getting healthy post-bye, he’s been a completely different back and embodied the mentality the Steelers have needed to win. Pittsburgh found its run game in the second half, critical in a game like this.

Connor Heyward – The Steelers do-it-all player, he came up clutch in the second half with a pair of third down receptions, including this ridiculous grab on third and long later in the fourth quarter.

He followed that up with  a slant to move the sticks and get into goal-to-go territory. He also received a third down carry to move the sticks early in the first half and he’s played a key role for this team in critical moments, especially stepping up once TE Pat Freiermuth went down with a knee injury.

Refs – Just abysmal. And again, I hate talking about this. But they were consistently bad on both sides, not just calls that hurt the Steelers. But the roughing the passer on Cam Heyward was ridiculous. Watson was breaking tackles all game and Heyward finished the play. Najee Harris scored on 1st and goal, George Pickens arguably made a backshoulder catch, the Steelers ran a play after the two-minute warning occurred, Larry Ogunjobi wasn’t called for a clear facemask on Watson, the list goes on.

This crew clearly wanted to mail it in. And oh boy, they did a stellar job at that.

Diontae Johnson – Tough one for Johnson, who the Steelers were clearly trying to get his first touchdown of the season. Johnson had at least two drops, one of which was nearly a fumble, and his lows are maddening. He made a couple of plays and fell just two yards short of the end zone on a great YAC catch early in the game. As George Pickens makes plays and doesn’t have the lows of Johnson, the contrast was clear one more time this regular season.

Mike Tomlin’s Lack Of Challenges – While the refs were terrible, Tomlin did his team no favors with failing to challenge Harris’ should’ve-been score on 1st and goal. Undoubtedly, Tomlin’s calculation was the team could punch it in on the next two snaps it’s why they quickly ran a QB sneak, but Kenny Pickett couldn’t get in and Harris fumbled on third down. A brutal mishap across the board.

Missed Tackles (Especially On The QB) – We talked throughout the week about containing Watson. Easier said than done and Pittsburgh struggled here all game. They rushed to contain and still couldn’t prevent Watson from breaking the pocket and making plays with his arm and legs. To their credit, the Steelers were better in the second half and later today.