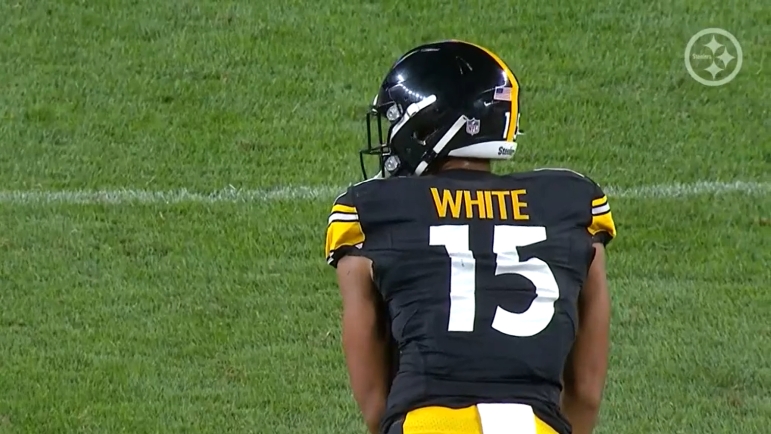 Each player the Steelers signed spent time on Pittsburgh’s practice squad in 2022, with White seeing NFL action this season as well. He had one reception for two yards on Monday Night Football against the Indianapolis Colts in Week 12, and he is also the player who has spent the most time in the Pittsburgh organization. For the other nine players, it’s their first year in the Steelers organization.

Williams was signed to the practice squad on September 13. The tight end is a converted wide receiver out of the University of Tennessee-Martin, and his RAS (Relative Athletic Score) of 8.87 was among the best for tight ends since 1987.

Nelson rejoined the Steelers on December 27 after originally being signed on October 4. He was cut on October 22 but circled back to Pittsburgh a few months later. Egbule signed with the Steelers just days after being selected in the XFL Draft, as the former Los Angeles Chargers linebacker joined the Black and Gold on December 7. The 2019 sixth-round pick has played in 32 career NFL games with 13 tackles.

It remains to be seen what reserve/future signings outside the organization Pittsburgh will make. They hosted seven players for workouts, including four long snappers and some Canadian Football League talent, on December 6. Those are names to watch that the Steelers could potentially add on a futures deal.

2022 ending Steelers practice squaders not yet signed to Future Deals:

Might have been offered but might be looking around at other chances just the same. #Steelers #NFL