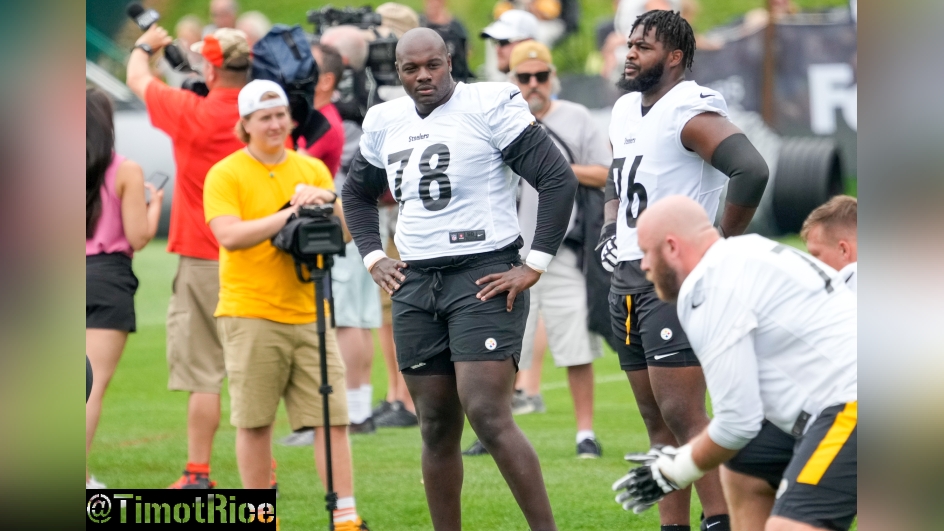 Though it comes as little surprise, the Pittsburgh Steelers aren’t projected to receive a compensatory pick for the 2023 NFL Draft. Over the Cap’s Nick Korte, the leading expert on all things comp-pick related unveiled his final projections and predictions for comp picks later this summer. The Steelers, along with the rest of the AFC North, aren’t projected to receive any. Which means, for once, the Baltimore Ravens can’t steal all the good players in the draft.

This has been expected all along for the Steelers. An abnormally busy free agency signing the likes of OG James Daniels, OC Mason Cole, QB Mitch Trubisky, and CB Levi Wallace cancelled out the team’s losses of WRs JuJu Smith-Schuster, Ray-Ray McCloud, and James Washington. Though the exact formula is not 100% known, comp picks are determined when a team lost more value in free agency than they gained through the players they signed. According to Over The Cap, McCloud nor Washington actually counted as part of the comp formula.

Daniels turned out to be a strong signing. After initially struggling in the summer, he ended the season as the team’s best offensive lineman and will remain a starter heading into 2023. Cole anchored the middle of the Steelers’ offensive line and brought stability to the position. He also showed his toughness, playing through an ankle/foot injury for most of the year.

Trubisky began the year as the team’s starter and offensive captain but was benched mid-way through Week 4 and backed up Kenny Pickett the rest of the way, only making appearances due to injury the rest of the season. It’s possible he becomes a salary cap casualty this offseason. Wallace had a quiet start to the year but ended on a high note, offering quality play opposite Cam Sutton as the defense stepped up down the stretch. He finished the year with a career-high four interceptions.

Smith-Schuster took a one-year deal in Kansas City, flourishing with Patrick Mahomes and under Andy Reid. He finished the regular season with 78 receptions for 933 yards and three touchdowns. His 12.0 yards per reception average was his highest since 2019. McCloud took a favorable deal to San Francisco, serving as the 49ers’ starting kick and punt returner. Five years into his NFL career, he also scored his first touchdown, an eight-yard grab in Week 7 against the Chiefs. Washington returned close to home and signed a one-year deal minimum salary benefit deal with Dallas. But he broke his foot in the summer and barely saw the field, playing 15 offensive snaps before being released earlier this month.

The Steelers currently hold the 17th pick of the 2023 NFL Draft. They also hold the top pick of the second round, 32nd overall (the Miami Dolphins forfeited their first round pick, bumping everything behind them up one spot), acquired in the Chase Claypool trade. The Steelers have their original second round pick in addition to original third and fourth round selections. They don’t currently have picks in the fifth or sixth round and hold a pair of seventh round selections, the second acquired as part of the deal for OLB Malik Reed shortly before the start of the season.

The 49ers are the big winner of the comp formula projection, expected to receive three third round comp picks, all three related to personnel lost as part of the league’s minority hiring compensation program. The league will announce the official list in mid-March.