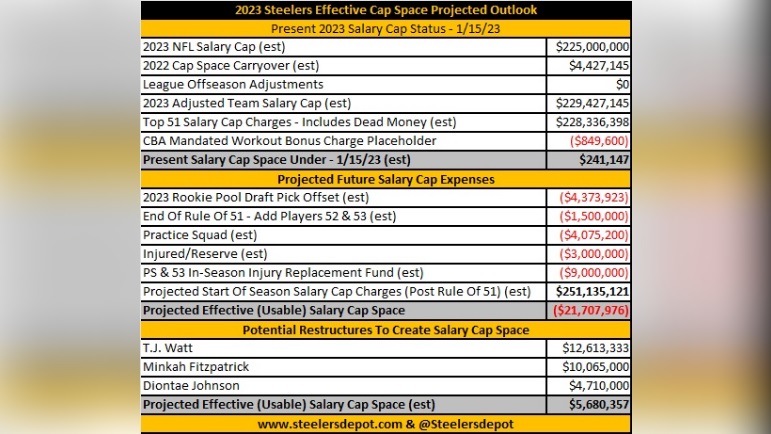 How about a minor 2023 salary cap update for the Pittsburgh Steelers on this Super Wild Card Sunday?

Well, it’s not a major one, really, but it might make you feel a little better about the team being slightly under a predicted 2023 salary cap number of $225 million, as opposed to slightly over such a number.

The update? Well, it revolves around cornerback William Jackson III, who is likely to be jettisoned in the very near future. 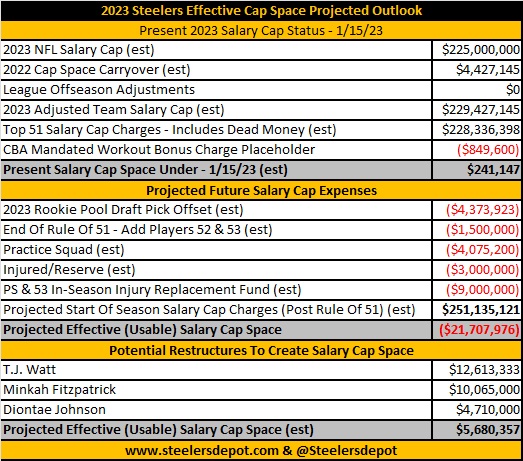 As I stated in my last few cap updates, my numbers account for the proven Performance Escalators increases that outside linebacker Alex Highsmith and guard Kevin Dotson are set to receive. Additionally, my numbers include cornerback Cameron Sutton already counting in the dead money column with his contract set to void in several more weeks. I also have the 2023 NFLPA offseason workout bonus placeholder amount in place in my figures as well.

Overall, the slight movement on the Jackson 2023 cap number probably isn’t that big of deal as there’s a really good chance he’ll be released way before the start of the new league year in the middle of March. After trading for Jackson in the early part of November, the veteran cornerback never played a down for the steelers and he ended the 2022 season the team’s Reserve/Injured list.

Below are all the updated salary cap graphics for you to look at on this Sunday. 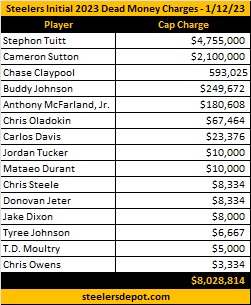