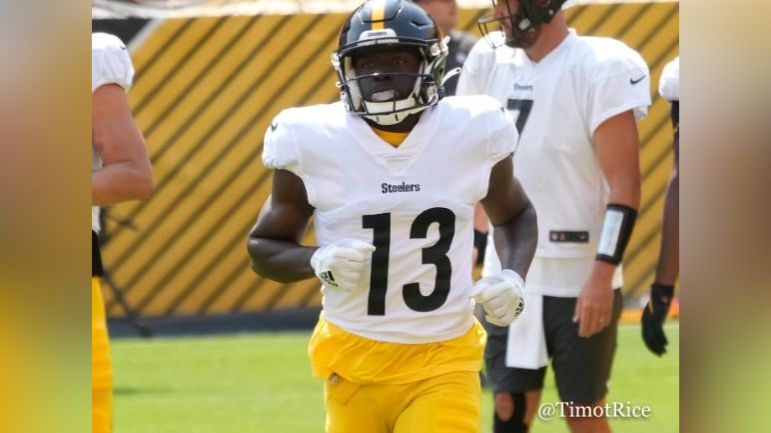 This offseason, James Washington went back home to Texas. Now, he’s going to have to find a new team. According to NFL Network’s Ian Rapoport, the Dallas Cowboys are waiving Washington. Here’s what Rapoport tweeted moments ago.

With the emergence of newly signed WR TY Hilton, the #Cowboys are releasing WR James Washington, source said. He’s healthy and has played in two games this year for Dallas. He heads to waivers and could be claimed.

As Rapoport notes, the Cowboys have found another vertical-threat receiver in T.Y. Hilton who has made an immediate impact. Signed just weeks ago, he’s passed Washington on the depth chart, catching five passes for 102 yards in two games with the team.

That’s more production than Washington’s given the team all year. Signed to a one-year deal in the offseason, Washington suffered a broken foot in early August and began the year on injured reserve. The team designated him to return after Thanksgiving and officially activated him on December 10. But he logged only 15 offensive snaps across Weeks 14 and 15, failing to catch a pass and was only targeted once. He has been inactive for the past two games for the Cowboys, making his release not much of a surprise.

A second-round pick out of Oklahoma State by the Steelers in 2018, Washington’s best season came in 2019. A difficult year without Ben Roethlisberger, Washington led the Steelers with 735 yards and found the end zone three times as the one true deep threat in the offense. Despite not having 4.4 speed, he showed strong hands and the ability to win jump balls. But he was a limited player who didn’t run a diverse route tree and isn’t a supreme athlete. Combine the injury and a lack of special teams value and he’s a niche player. By 2021, the Steelers phased him out of the offense and he caught only 24 passes last year.

Rapoport’s tweet notes Washington could get claimed and perhaps he will. But his NFL career is already dimming and he’ll have to make a good impression over the summer to stick on another 53-man roster and try to rebuild his career.