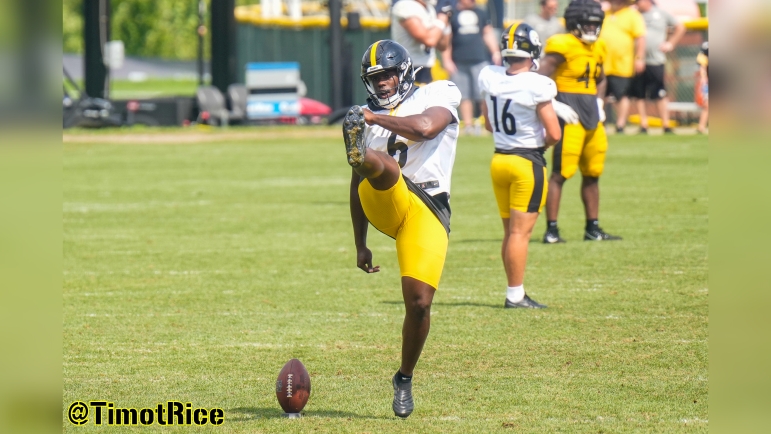 It’s the weekend, the Pittsburgh Steelers’ season is over, and no one can stop me from talking about special teams. It’s down on the list of questions you have about this team, way down, but Pressley Harvin ranked top-ten in at least one category this season. Snap-to-punt time.

ESPN’s Seth Walder pulled the snap-to-punt times for all punters with at least 30 boots this season. Harvin came in 9th place at 2.13 seconds.

The margin between first and last isn’t large but on special teams, fractions of a second matter. Per Walder, Cleveland’s Corey Bojoquez was the fastest at 2.07 while Las Vegas’ A.J. Cole 2.27 was the slowest. As Walder points out below, this isn’t solely a punter stat. It’s a figure indicative of the long snapper and punter. How fast the snapper can hike the ball back, how long it takes for the punter to get it off his foot.

a @NextGenStats I've never noticed before: fastest time to punt (from snap to punt).

Presumably both punter and long snapper play into this.

It’s a solid number for Harvin and the punting unit as he progressed his sophomore season. Harvin averaged 44.5 yards per punt up nearly two yards from last season. Still, that number was tied only 27th-best in the league. His net also rose up from 38.0 as a rookie to 41.1 as a sophomore, 18th in football. Below average numbers in both respects but an improvement all the same. Harvin also has to deal with the difficult northeast elements on punting in Pittsburgh. The top punters in football by average played in Tennessee, Kansas City, Jacksonville, Las Vegas, Tampa Bay, and Detroit (a dome).

For long snapper Christian Kuntz, it’s an encouraging number. And one he needed because he otherwise had a rough year. He had just one tackle this season, Mike Tomlin’s goal is four (one every four games) and more importantly, he had some high snaps on field goals this season. Perfection isn’t going to happen but long snappers have to be as close to perfect as anyone. Generally, I don’t take stock into PFF scores but they rated Kuntz lowly across the league, which matches the tape. He’s a guy who needs competition this offseason and shouldn’t be handed a job. Still, anyone the team brings in will need to be a fast snapper because it appears Kuntz is.

This isn’t the top punting unit in football but better than what they were. Harvin has developed into a solid placement punter and the protection unit is well-coached. And based on the numbers, it’s a pretty quick operation, too.