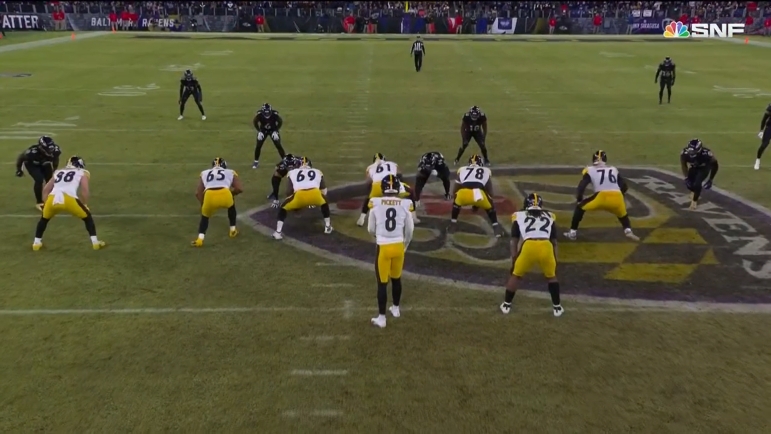 The Pittsburgh Steelers have gone 6-2 in their past eight games. Even though they’ve been held to under 20 points for half of those games, the offense still deserves a lot of credit for their play. Part of the reason they have been successful is because they have been sustaining drives and protecting the football.

Now it’s just a matter of finishing, something they have done in the weighty moments in each of the past two games, with rookie quarterback Kenny Pickett becoming the first of such distinction to record back-to-back game-winning drives in the closing minute of games. They didn’t get in their way on those drives. Running back Najee Harris believes they need to do that more earlier in the game.

“I was just saying for us to be disciplined”, he said about his approach prior to the final four-minute drive via the team’s site. “It’s just stuff that we do that beat ourselves. The penalties were big. Just like last time against the Raiders, it’s just discipline. Everybody executes their plans, catch the ball, get vertical. There’s nothing they can do to stop us. It’s just stuff that we’ve got to do to execute, and that’s what we did today and last week”.

The penalties were huge in this game as well, particularly in the first half. A false start on the opening drive helped stall a very promising opening possession, an eight-minute, 15-play, 78-yard drive that ended on the Ravens’ two in spite of the fact that it started at their own 25.

The five-yard difference? A false start on tight end Pat Freiermuth on first and goal from the two. That put a pass on the call sheet on first down, which fell incomplete. Harris got the penalty yardage back on the ground on second down, but a jump ball fade for wide receiver George Pickens on third and goal from the two was defended well by Ravens cornerback Brandon Stephens, forcing the Steelers to settle for a field goal.

The most talked about penalty, of course, was the one called on defensive lineman Cameron Heyward just before the half after Baltimore failed to convert on third down. He was penalized for unnecessary roughness while on top of a pile of Ravens. It remains unclear just which element of the sequence caused the infraction, but the prevailing view is that it was a bad call.

Baltimore scored a touchdown on the very next play, rookie tight end Isaiah Likely beating slot defender Arthur Maulet with a nice move to the left flat of the end zone on 1st and goal from the 7. That made it 10-3 going into the half instead of, at best, 6-3.

The Ravens added a field goal on their opening possession of the third quarter to make it a sudden two-possession game, but the defense pitched a shutout the rest of the way, allowing just enough for the offense to come clawing back with a game-winning drive in the closing minute, a 16-13 victory that keeps their playoff hopes alive going into week 18.