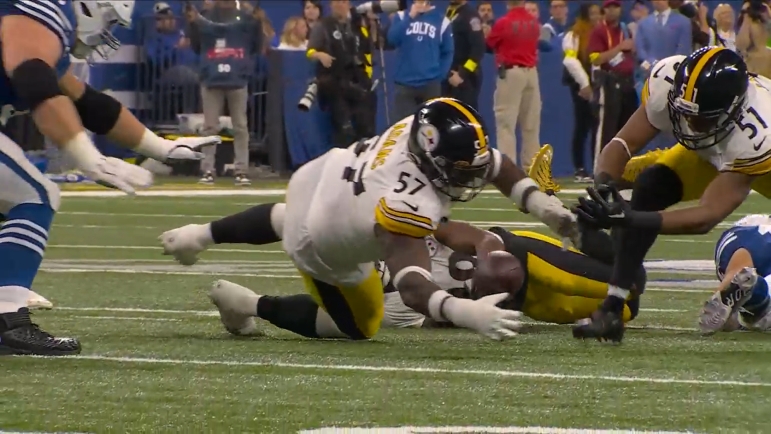 Pittsburgh Steelers veteran defensive tackle Montravius Adams has stated publicly previously that the organization gave him a new lease on life in the NFL, and that head coach Mike Tomlin kept his career alive.

Signed off the New Orleans Saints’ practice squad in 2021, Adams played well enough down the stretch to warrant a two-year deal from the franchise in free agency. Now fully ingrained within the organization overall, Adams is starting to really find his game.

For that, he credits Steelers’ defensive line coach Karl Dunbar, who has been with the Steelers since 2018.

“Montravius is a guy who’s come in and come to work every day,” veteran defensive lineman Chris Wormley said, “and loves being part of the group, and he’s done a great job for us.”https://t.co/gJw0KNSuIK

Speaking to the Tribune-Review’s Chris Adamski, Adams stated that Dunbar has allowed him the freedom to do things that other coaches in other places might not always let him do, which comes with trust from Dunbar, which is very comforting to his players.

“I feel like I made a big leap with Coach Dunbar because as you learn and grow and build with him as a d-linemen, sometimes you get a freedom you don’t get in other places with other coaches,” Adams said, according to original reporting by Adamski. “It’s a trust factor, but he enforces it and lets you know he trusts you. Sometimes a coach can ask you why you aren’t doing this, but he’s letting you know, ‘I trust you; I want you to do this.’ And I have appreciated it. It definitely has helped me as a player.”

Haven't talked much about Montravius Adams this years. Playing better since the bye. Nice job here to anchor and absorb against the combo block, split it, and make the tackle. #Steelers pic.twitter.com/IlgTqauYdZ

Prior to landing in Pittsburgh, Adams bounced around the NFL, spending time with the Green Bay Packers, New England Patriots and Saints before ultimately moving back to nose tackle in Pittsburgh, where he was most comfortable playing in college.

Once at the nose again, Adams started to show some flashes down the stretch in 2021, which led to the Steelers signing him to the two-year deal, wanting to take a closer look at a young defensive lineman that can provide depth and versatility moving forward. Prior to landing in Pittsburgh, he had played just 33 snaps at nose tackle with the Packers, Patriots and Saints in five seasons.

NT Montravius Adams had his best game of the year against the Raiders. Won as a pass rusher, held the POA. Here, center doesn't move him and he makes the tackle. #Steelers pic.twitter.com/4DMoXYzUby

In 2022, Adams eventually worked his way into the starting lineup, surpassing Tyson Alualu early in the season. Adams appeared in all 17 games in 2022, making nine starts for the black and gold.

As a starter, Adams had career highs in tackles with 26. Additionally, according to Pro Football Focus’ charting, 44% of his 281 defensive snaps were at nose tackle, with all but five of the rest as a defensive tackle in what was mostly a nickel package.

Not only is he back playing a comfortable position at nose tackle, where he can use his size and strength to his advantage, he’s also in a situation where he’s earned the trust and belief from Dunbar, which can go a long, long way for a player that is just looking for an opportunity.