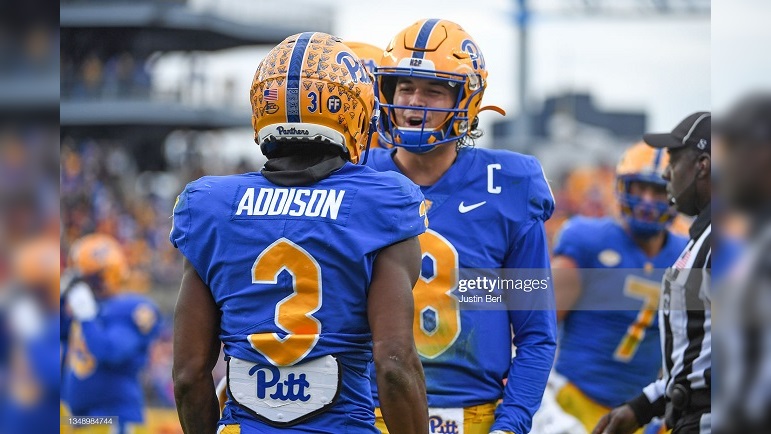 The Pittsburgh Steelers currently sit at 8-8 and must win this upcoming week as well as get some help to sneak into the playoffs as the seventh and final seed in the AFC. While we will be sitting on the edge of our seats to see if Pittsburgh can get into the postseason next week, many have already set their sights on next year and specifically what the 2023 NFL Draft given Pittsburgh’s slim chances of making a playoff run. They currently sit at #15 overall in the first round and it’s never too early to go through mock draft scenarios and project player/prospect fits who the Steelers may be interested in given their current needs on the roster and the talent in this upcoming draft class.

Analysis: While the Steelers may have greater positions of need going into the draft, they likely will shore up several of these spots in free agency, allowing them to take the best overall player on their board. While QB Kenny Pickett has taken strides down the stretch of his rookie season as a passer, the passing game still leaves a lot to be desired as they ranked 24th in the league in passing yards and dead-last in the league in passing TDs on the season.

Pickett only has four games above 200 passing yards on the year, and while Diontae Johnson, George Pickens, and Pat Freiermuth are great options in the passing game, they could stand to add another impact playmaker to stress opposing defenses and open a passing game to create a more well-rounded offense.

The Bengals drafted Ja’Marr Chase to give Joe Burrow a reliable weapon he already has some chemistry with. The Steelers do the same thing in this scenario, selecting WR Jordan Addison who won the Biletnikoff last season playing with Pickett at Pitt. Addison transferred to USC this season and cemented himself as a first-round prospect, becoming a real threat both in the quick game near the LOS as well as down the field, whether it be vertically or improvising to give his QB an open target. He plays stronger than his size suggests, winning jump balls with impressive body control. Addison would drastically improve a mediocre passing game, aiding in Pickett’s development as well as helping Pittsburgh become a more balanced offensive attack.

Jordan Addison is an easy separator with underrated speed. Caleb Williams looks off the safety, and Addison sticks his foot in the ground and toasts the single coverage on the post. Great job maintaining balance to get in the paint. Easy 6. pic.twitter.com/EIHvUVevQt

Analysis: While LB Devin Bush has improved in his play this season after a dreadful 2021 campaign, he is scheduled to hit free agency. With Myles Jack struggling to live up to the contract that Pittsburgh signed him to this past offseason and the current state of the team’s run defense, investing premium draft capital in a solid run stuffer at ILB would be a wise investment. Noah Sewell from Oregon fits the bill as a rocked up off-ball LB prospect, standing at 6’2, 253lb and plays as an old school, downhill thumper against the run. He is a good athlete in his own right, having the speed and pursuit to chase down ballcarriers, but can struggle at times moving laterally or when tasked with coverage.

Sewell initially was pegged at the beginning of the college season as a Round 1 prospect, but his play over the course of the season suggest that he better suits an early Day Two selection. Should Pittsburgh decide to let Bush walk and want to shore up the LB room with Jack a question mark heading into 2023, landing Sewell with their second 2nd round selection would be a great way to start the draft.

Noah Sewell also has the ability to stop the run game. Something the Patriots have failed to stop ranking 22nd in rushing yards allowed thus far. Uncharacteristic for a Belichick ran defense, but Sewell could fix that. pic.twitter.com/5EUROpFqW0

Analysis: While the Steelers could address nose tackle here, they may put more of an emphasis on adding a true 3-technique/4i as they lack a true starting option of the future opposite Cam Heyward at DE. They manage to land DL Gervon Dexter who has impressive size (6’6, 312lb) along with his strength to manhandle blockers. He has long arms and can be a handful to block when he plays with technique and leverage, but struggled with consistency this season, having moments where the motor would run hot and cold and would become a non-factor in games. Still, Dexter has traits you can’t teach at his size and presents Pittsburgh with a high upside pick on the defensive line.

Analysis: While many will be clamoring for Pittsburgh to improve at LT with Dan Moore Jr.’s frustrating inconsistencies, the second-year blocker has taken strides down the stretch this season, prompting Pittsburgh to improve the LG spot with Dotson also being a liability in terms of consistency on an expiring contract after 2023.

Steve Avila fits the bill as a big (6’4, 330lb), experienced, and versatile blocker for the Horned Frogs, having started games at center, right tackle, and right guard. He has the size and strength to displace defenders off the LOS as well as the mobility to work out in space as a run blocker. Avila can come in and compete with Dotson for the LG spot next season while also being a potential fit at center giving his extensive experience starting there the last two seasons.

This chunk run is all thanks to center Steve Avila who manages to chip the 1T and the LB shooting the A gap before climbing to the Mike and putting him in the ground. The TCU offensive lineman has experience all over the OL and is definitely a name to watch in the 2023 NFL Draft. pic.twitter.com/C9y1QGIVAP

Analysis: Pittsburgh faces tough decisions along the defensive front with Tyson Alualu, Larry Ogunjobi, and Chris Wormley all scheduled to hit free agency this offseason. Instead of bringing back multiple veterans on contract extensions, they could opt to inject more youth upfront with the selection of Dexter earlier and addressing NT with South Carolina’s Zacch Pickens. Pickens comes in at 6’4, 305lb and can move up-and-down the LOS, kicking inside over the center or in the A gap as well as outside the guard. He is a stout run defender and brings some pass rush juice, having the explosiveness to be used on passing downs as a bigger-bodied defender that Pittsburgh needs upfront.

South Carolina’s Zacch Pickens (#6) is going to be a problem for opposing offensive lines.
Super powerful, eats up blocks, and has surprisingly active hands as a pass rusher. pic.twitter.com/IUMnceiPK5

Analysis: The Steelers desperately need to address EDGE depth behind T.J. Watt and Alex Highsmith to improve their second rush when either is on the sideline getting a breather or in-case if either were to miss extended time due to injury.

BJ Ojulari garners most of the headlines on defense for LSU, but EDGE #11 Ali Gaye is an intriguing prospect in his own right. The 6’6, 265lb senior is a physical specimen, having the size, height, and length you look for in edge rushers. Still, while Gaye possesses everything you want from a measurables standpoint, the production has been light thus far in his career, amassing only 6.5 sacks and three forced fumbles in the least three seasons combined. Regardless, Gaye has the athletic upside paired with the experience and tangible traits to be a potential value selection on Day Three and could play himself into a better draft status with more production down the stretch.

Ali Gaye has been a monster in his debut. The tackle barely touches him as he forces Costello right to JaCoby Stevens for the strip sack. pic.twitter.com/eFk8HwxU9w

Analysis: The Steelers close out the draft by addressing depth behind Dan Moore Jr. and Chuks Okorafor at OT by selecting OT #76 Connor Galvin out of Baylor. The 6’7, 302lb senior has been starting on the Bears’ OL since 2018 and has the height and length you desire at the position. He could stand to add more mass/strength to his frame, but Galvin has shown that he can get after it in the run game, having the mobility and athleticism to get out in space. Statically one of the best pass protectors in college football and the 2021 Big XII OL of the Year, Galvin should find a home in the league as a quality backup or potential starter.

Baylor LT Connor Galvin showing off why he was the 2021 Big 12 OL of the Year. Phew pic.twitter.com/uUADyMUKSl