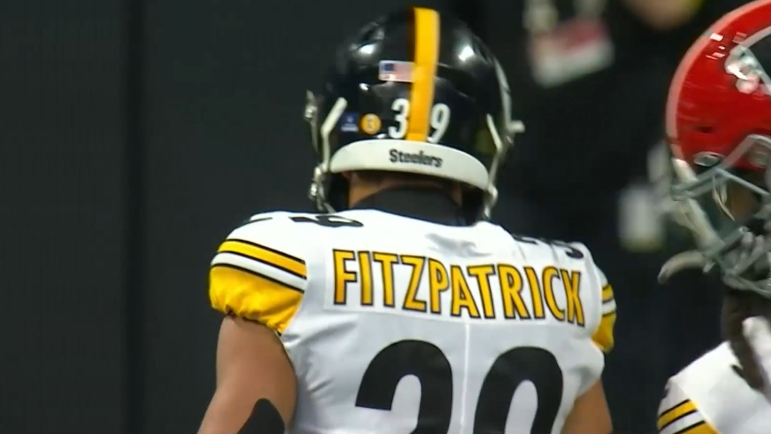 The accolades keep coming for Pittsburgh Steelers’ free safety Minkah Fitzpatrick. The NFLPA unveiled its inaugural All-Pro teams, as picked solely and exclusively by players, with Fitzpatrick making the list as the top free safety.

Here’s the entire roster as voted on by his peers.

Here is the inaugural Players’ All-Pro Team, via the NFL Players Association: pic.twitter.com/KyeqjecgEG

Fitzpatrick was the only Steeler to make the list. This is the NFLPA All-Pro vote and not the officially recognized All-Pro team voted on by the AP, which will be released later this year.

He’s coming off a career year with six interceptions, tied for the most in football. He’s the first Steeler to hold a share of the lead in interceptions since CB Mel Blount in 1975. Fitzpatrick’s picks often came at critical moments with interceptions to close out wins over the Atlanta Falcons and Baltimore Ravens.

On the year, he finished with 96 tackles with those six picks and 11 pass deflections and was voted the Pittsburgh Steelers’ MVP by his Steelers’ teammates.

The NFLPA announced they would be holding their own vote to have their peers and only their peers recognize the best players in football. The criteria only allowed players who didn’t miss more than five games and players weren’t allowed to vote for their teammates, meaning all of Fitzpatrick’s votes came from non-Steelers. During the announcement on December 31st, NFLPA President J.C. Tretter said:

“For too long, we as NFL players have allowed everyone else to define the best of us. That ends now.”

Now, Fitzpatrick has been voted as the league’s best by those who take the field against him. It’s a well-deserved honor and unlikely to be the last he gets this season. He’s a good bet to make the AP All-Pro team and could even garner some Defensive Player of the Year votes, though it’s doubtful he wins it.