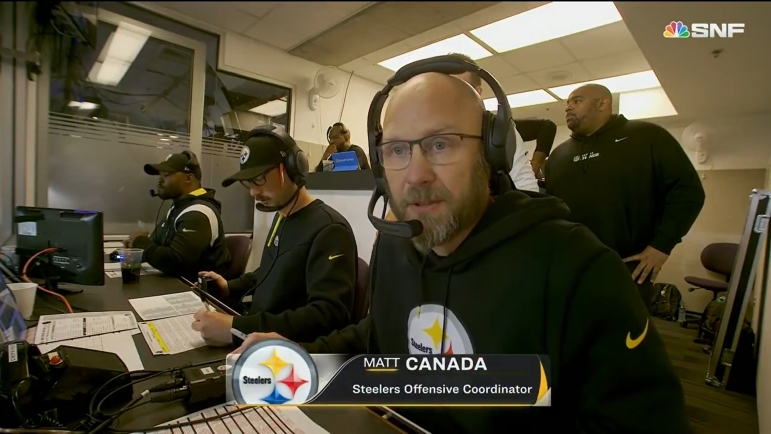 But the bottom line is that they did enough to win, scoring more points than their opponent, even if it took more than 59 minutes to get them there.

The offense still deserves a lot of credit for its performance, however. They did a good job of controlling the game, possessing the ball for more than 34 minutes. They never went three and out, picking up at least one first down on every meaningful drive, and protected possession, totaling 351 yards of offense with 22 first downs, going 10-for-16 on third down.

The offense went through the ground game, but it was a complete effort from the entire unit, to the men up front as well as to the backs, Najee Harris and Jaylen Warren, both of whom had season-high rushing totals.

“I think it was the offensive line. The surge off the ball was great and Najee and Jay were setting the blocks up”, quarterback Kenny Pickett said about the success of the run game via the team’s site. “We hit some jets, kind of getting them running horizontally, and then the backs could put their foot in the ground and get vertical. So, I think Coach Canada called a great game and had us kind of doing different things and kept them on their toes a little bit”.

Although the Steelers only ran one wide receiver jet sweep—a six-yard run for a first down by Gunner Olszewski—they found other ways to get carriers the ball on the move. Even Warren took one ball from a running start before the snap. They also used window dressing on carries up the middle, including a quarterback sneak, to keep the Ravens’ eyes going horizontally.

For as much blame as offensive coordinator Matt Canada has received this season—largely deserved, mind you, or so perception dictates—the reality is that the group has made huge strides over the course of the year.

It’s to the point where they can be a really efficient unit—except when it comes to putting the ball on the end zone. In their past five games, they have only scored multiple offensive touchdowns twice, and both of those games were quarterbacked primarily by Mitch Trubisky.

The Steelers opened the first three games coming out of the bye scoring at least 20 points per game, averaging 24.3 points per game in that span, but they’ve only scored more than 19 points once since then. In fact, they’ve only scored 29 points in the past two games combined in spite of the fact that they won both, their only touchdown in each coming in the final minute.

Can Pittsburgh find a way to finish more of these promising drives? That’s the big question they’re going to face this offseason. Because they can be really good between the 20s, albeit with the need for more explosion. If they can have more success in the red zone and add more explosive plays, then we’ll be in business. Swimming pools, movie stars.