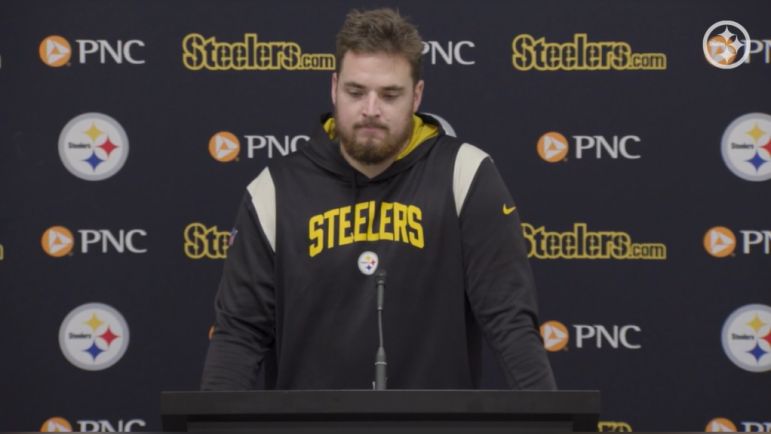 When you think “bye week,” you think of players taking time off, taking a vacation, spending time with family, or just trying to get away from football for a little bit.

When the Pittsburgh Steelers bye came along in Week 9, they were 2-6 and coming off a blowout loss to the Philadelphia Eagles. There wasn’t time to rest. Their mission was to regroup. And boy have they. Since the bye, they’ve flipped their record, going 6-2 and seriously in the playoff race heading into the final week of the season.

Speaking to reporters Wednesday, fresh off his “The Chief” award given to the player who best interacts with the media, Mason Cole said he experienced a bye week unlike any other.

“This is my fifth year and I’ve never had a bye week as productive as that,” he said via Steelers.com. “In my previous four years, in a couple previous employers, it was a real light work week and more of a vacation. That wasn’t necessarily the case here.”

Pittsburgh did little to earn that time off. The team reset things not only on the field but culturally. Exiting the bye, Najee Harris said the team hit the reset button on how they conducted business. Here’s how Harris described things back in mid-November.

“That bye week we talked about a lot of stuff that had to do outside of football too that can help us out on the field. I said that before in on Friday I think it was, but we’re taking a different approach here, and how to do things around the building, around just rebuilding the culture in a way.”

Offensively, the Steelers found an identity. They may be struggling to still scores points but they’ve controlled the ball, the clock, and the game. The run game has found its footing and nowhere was that as evident as it was in the team’s Sunday night win over the Baltimore Ravens, running for 198 yards in the win. It was their best ground game performance against the Ravens since 1997 and a big turnaround from Week 14 when Pittsburgh rushed for under 70 yards.

Defensively, the team got T.J. Watt back and the secondary’s been healthier, too. They’ve been stingy in the second half, allowing just 15 total points over their last four second halves of games, including a combined three against the Las Vegas Raiders and Ravens.

For Cole, he says the work done on the practice field and off the field was key to turning the team around.

For Tomlin, second-half turnarounds aren’t anything new. In 2013, they were also 2-6 at the midway point of the season, though their bye came early that year. Over the second half of the year, the team went 6-2 to finish at 8-8 back in the days when the league only played 16 games. They missed the playoffs that season but used their improved play as a springboard into 2014, improving to 11-5 and winning the AFC North. They could be set up for similar success in 2023.