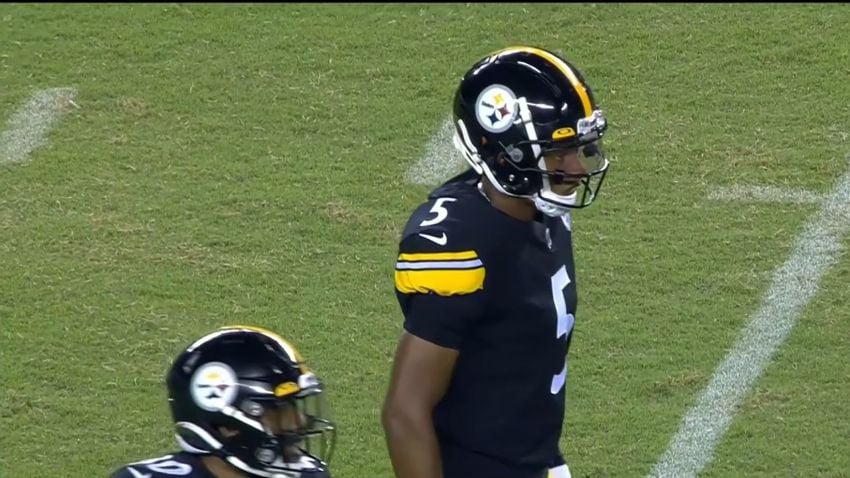 When the Pittsburgh Steelers drafted quarterback Joshua Dobbs in the fourth round of the 2017 NFL Draft, the expectation was that the quarterback out of the University of Tennessee would be a reliable backup behind veteran quarterback Ben Roethlisberger.

Throughout his two stints in Pittsburgh, that’s exactly what he was, but he never got an opportunity to start a game, and with the team drafting Mason Rudolph in 2018, he never really figured into the Steelers’ long-term plans. Dobbs latched on with the Tennessee Titans this season, and with the team fighting for a playoff, Dobbs was given the opportunity to start on Thursday Night Football in Week 17 with Titans’ starter Ryan Tannehill sidelined with an injury and the team not satisfied with the performance of rookie Malik Willis.

The Week 17 game didn’t matter for Tennesse, as no matter what happened, their playoff chances depend on beating the Jacksonville Jaguars in the season finale. Despite the Titans losing to the Dallas Cowboys, Dobbs impressed enough in his start in Week 17, throwing for 232 yards and a touchdown, to be given the chance to start in Week 18, and in an interview earlier today, he gave a lot of credit to his time spent in Pittsburgh and watching Roethlisberger prepare during the four seasons he spent with the Steelers.

“Just watching how he prepared, I think a lot of times in the media he might get some flack for his preparation, but he’s Ben. He’s played a lot of football, seen a lot of football. In how he prepared for these big games, I definitely have taken a lot of notes. Pittsburgh went to the playoffs three times while I was up there, so seeing his preparation, couple times it was up to that last game to get into the playoffs. And seeing how consistent he was, how he poured into the guys, how he just talked to the details with the receivers for time and spacing on the field, and then you saw it unfold throughout the game, those little things he was talking about. So just taking tidbits from that to my game has been crucial,” Dobbs said via Michelle Knezovic on Twitter.

After Dobbs started for the #Titans on ⁦@NFLonPrime⁩ Roethlisberger made sure to thank Dobbs for giving him a reason to watch TNF pic.twitter.com/l8z2Iaf3FE

He also said that Roethlisberger texted him and thanked him for giving him a reason to watch Thursday Night Football and gave credit to then-Pittsburgh quarterbacks coach Randy Fichtner for drilling into him to lead receivers to the sideline, something he said Roethlisberger mentioned he saw him do against the Cowboys n his text.

The majority of Dobbs’ career was spent in Pittsburgh, and it’s clear how much he values that time spent around Roethlisberger and the Pittsburgh coaching staff. Despite the fact he didn’t see the field a ton, throwing just 17 passes for the Steelers, i’s no surprise that Dobbs soaked up everything he learned from Roethlisberger and the staff. Given the fact he graduated with a 4.0 grade point average with an incredibly difficult aerospace engineering major, it’s pretty obvious he’s an incredibly smart guy and someone who loves to learn. In fact, during his time at the University of Tennessee, he was awarded the university’s Torchbearer Award, which the highest honor the school gives out to an undergraduate student.

It’s awesome that Dobbs has been given this opportunity to start meaningful games down the stretch for an NFL team. He’s an easy guy to root for, and seeing him take advantage when he’s finally given an opportunity is really great to see. While the Jaguars are a nice story this year being on the cusp of the playoffs after a disastrous two-win 2021 season, I think most Steelers fans will be rooting for the Titans on Saturday night when the two teams face off with the AFC South at stake.